Absolute Duo Season 2: What We Know About The Much Awaited Second Series 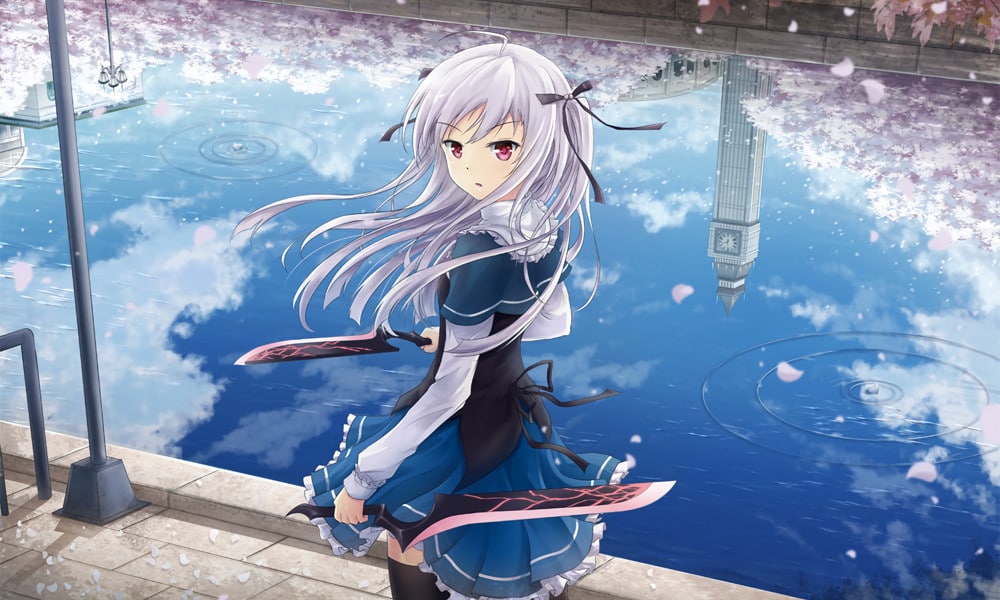 Fans of Absolute Duo have been listening to the depressing sound of the clock ticking for five very long years now.

Since the first series wrapped up, there has been little good news for fans of this popular anime series. Is that about to change in 2020? Let’s take a look and find out.

Absolute Duo: The Story So Far

Absolute Duo was originally a light novel series from Japan that was written by Takumi Hiiragiboshi. It was illustrated by Yū Asaba.

The saga first appeared way back in 2012. Well, like all good novel series’, it was not long before it had been slated for a manga adaptation.

The manga series was illustrated by Shin’ichirō Nariie and began to be published from 27th April 2013. So successful was the manga version of Absolute Duo that a Japanese anime studio was soon knocking on Takumi Hiiragiboshi’s door begging to be allowed to adapt his saga into a TV anime.

Well, thankfully for all of us, Takumi Hiiragiboshi agreed and work immediately began on the adaptation.

Within a year, the anime version began airing on TV. It ran from the 4th of January, 2015 until the 22nd of March of the same year.

Here’s what has happened so far…

Absolute Duo tells the tale of a young Toru Kokonoe, a student at the Koryo Academy in Japan. Koryo is no normal academy. It is an institution that trains gifted students who have the ability to magically create weapons called “Blazers”.

The school pairs these special students up in order that they can train them to unlock the power of “Absolute Duo”.

Toru is a good student but he is hiding the fact that he is on a mission of revenge after an unknown killer murdered his sister many years before. During his time at the Koryo Academy, Toru realizes that he is gifted in ways that the other students are not.

When making his blazers, he one day realizes that he can make a defensive shield as well as the usual melee weapons. When he is paired with a girl called Julie Sigtuna, Toru begins to discover that he is not the only student with a tragic past.

Amazingly, Toru and Julie eventually discover that the same killermurdered someone close to them. He discovers that the unknown murderer killed Julie’s entire family. The pair form a tight bond and vow to track down the killer and take their revenge.

The original first series comprised of a total of 12 episodes. Each episode was about 24 minutes in length.

As with the light novel series and manga series before it, the anime version of Absolute Duo has a hit with fans. However, DVD sales were relatively poor, something which is never a good sign when it comes to a second series.

Ok, so let’s be totally realistic here. The longer fans of Absolute Duo have to wait, the less likely that there will be a much-wanted second season.

Not easy news to hear, but it’s the truth.

To date, there has been no word whatsoever from the studio about any second series. This is not good news.

That said, Japanese studios are famously tight-lipped when it comes to announcements of follow up TV shows or movies. They usually only release official updates when they have already decided to go ahead and produce a new series of any anime show.

The timeframe for these announcements usually is about 6 months to a year before the series will air on TV. So for fans hoping to see a season 2 of Absolute Duo in 2020, things don’t look very good.

In fact, there is almost zero chance that we will see the second series released this year.

Looking further ahead, what are the chances that we will see series two ever being released?

It is no secret that Japanese anime studios preferto adapt original anime series’ over making sequals.

Over the last few years, the studios have also begun switching to making movie versions of their most popular anime shows in order to make serious cash.

Movies allow studios to boost their revenues and do much less work. A typical anime movie is about 90 minutes while a 12 part series is about 240 minutes. Naturally, studios prefer making movies. Right now they are busy adapting all their most successful shows. Absolute Duo is not one of them.

The main problem, however, is that the 12 part anime covered all the material from the original light novel series. Until Takumi Hiiragiboshi decides to write more material, there is little chance of the studio behind this series ever considering making a second series.

When we hear any news, we will let you know.