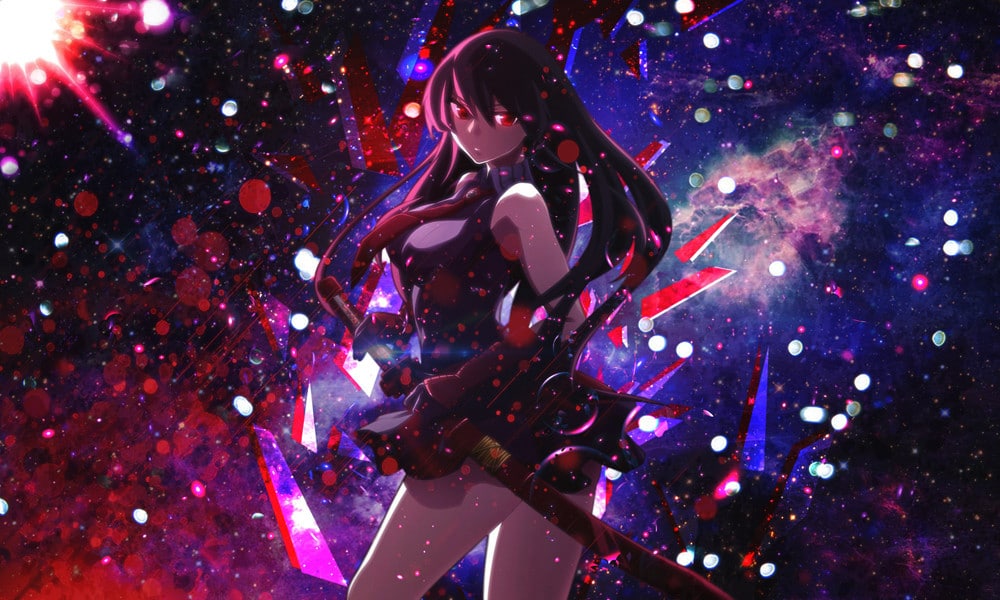 The fans are out for blood, lots more blood.

When the original anime series of Akame ga Kill! was shown on TV, some viewers found it too disturbing to watch.

Blood and gore were the name of the game as the show’s heroes cut off limbs and other body parts in a battle to survive. Even more disturbing for many fans was the realization that any character, no matter how important, could be killed off in a second.

Afterall, who of you reading this was not shocked at the death of beloved hero Sheele during one battle?

Given that the show was as popular as it was shocking, why has the studio not made Akame ga Kill! Season 2?

Well, let’s see if we can get to the bottom of this.

Akame ga Kill! is based on a Japanese manga that was written by Takahiro. It was illustrated by Tetsuya Tashiro.

The first edition of the original manga was published back on March 20th, 2010. From the outset, the series quickly began to amass a loyal legion of fans who loved the plot and unpredictability of what would come next, oh, yes, and all those arms and legs getting chopped off certainly helped too.

Check out these statistics:

Anyway, like all great manga ideas, it wasn’t very long until the series was picked up and turned into a TV anime. This time, it was C¬Station and White Fox studios who knocked together this great anime series. It ran to a whopping 25 episodes, each at 24 minutes in length!

The anime was premiered on Tokyo MX on July 6, 2014. Like the manga before it, the show was a smash hit, even though some scenes were so violent that they had to be blacked out on TV!

Akame ga Kill! follows the tale of Tatsumi, a young boy, who after setting out from his village to find work in the city, discovers the real workings of what goes on there.

He soon discovers that at the heart of all the corruption and violence in his town is its prime minister, who is manipulating its young emperor to do his bidding.

Outraged by this, it is not long before Tatsumi finds himself joining a group of assassins in order to try to overthrow the corrupt prime minister. Known as Night Raid, the group begin to train Tatsumi to become a fully-fledged assassin.

Naturally, what follows is a lot of blood and gore as the group does battle with the prime minister and his henchmen.

Akame ga Kill!! ended in the fall of 2014. Since that date, we have heard nothing about any follow-up series.

So will there be a second series of Akame ga Kill! or not?

Well, with still no official word from the studios behind Akame ga Kill season 2, we can only speculate as to what will happen.

Let’s start by taking a look at where we are now.

Despite the anime version seemingly going nowhere, the manga is still being developed and published. Last year we saw a new volume of the Akame ga Kill! manga published.

This is great news for fans as not only does it mean they can continue to read this great manga, but also there is more source material that can be turned into a new anime series.

However, the downside is that we still need a lot of new material if there is going to be a full second series of Akame ga Kill!
Some fans estimate that there is enough original material to make about ½ a second series when you include the latest volume.

At the current rate of release, this still means that it will take Takahiro at least a few more years to write enough material to fully cover a new series of Akame ga Kill!

That won’t be welcome news to most of you, however, some hope is better than none at all.

It is extremely unlikely that many of the hit anime shows will ever see a second series.

Let’s just hope that Akame ga Kill! is not one of them, as the first season truly showed promise for a great continuation. Unfortunately for all fans of this anime series, the only thing that can be done now is to wait patiently with crossed fingers.

The second we hear anything about a potential release date about a second series, we will let you know.