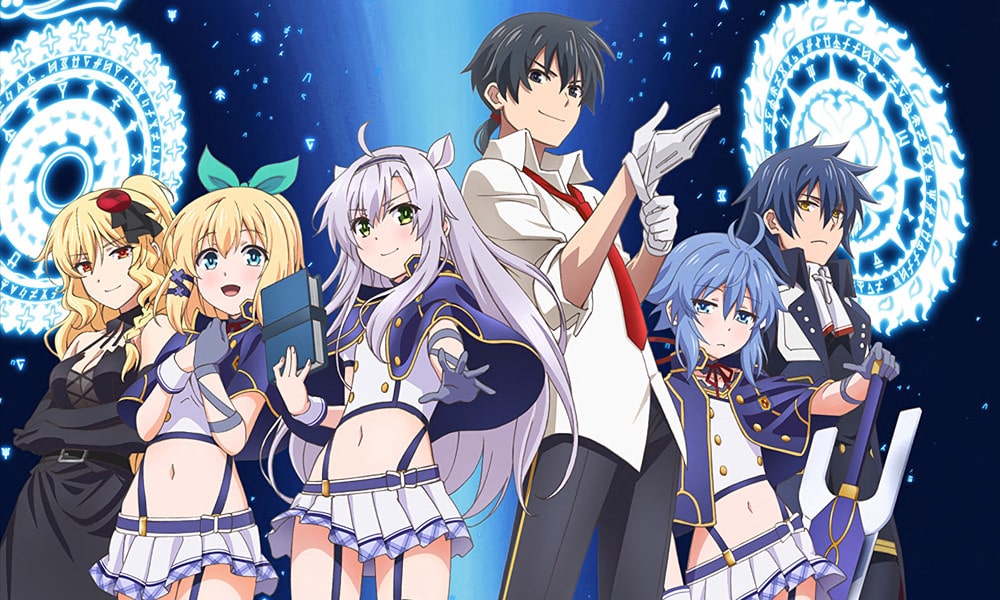 Well, here we are in 2020 and the fans are still waiting with their fingers crossed.

In April, it will have been 3 torturous years since the first episode of the anime version of Akashic Records of Bastard Magic Instructor hit Japanese TV screens.

After its first series amassed an army of fans, the studio seemed assured to make a second.

Unfortunately, three years on and we are all still hoping.

Will there be a second series of this hit manga adaptation or not?

Read on to find out more.

It started life as another hit Japanese light novel series. It was written by Tarō Hitsuji, with illustrations by Kurone Mishima.

The first edition was published by Fujimi Shobo on the 19th of July 2014. To date, there has been a total of 15 volumes published, the last being released on the 20th of August 2019.

From the contents of the last volume, it seems like the series still has plenty of mileage left to go, something which is great news for the fans.

Not long after the first volume of the light novel was released, a manga adaption began to be published in the popular Monthly Shōnen Ace magazine. The first edition to feature the series was March 26, 2015.

To date, the manga has seen a total of 10 English language volumes. The first was released on the 26th of November 2015, while the latest was released last year on March 26th.

The Akashic Records of Bastard Magic Instructor anime series debuted on Japanese television on the 4th of April 2017. Adapted by Liden Films, it comprised of a total of 12 parts, the final one being aired on the 20th of June 2017.

The Plot Of Akashic Records of Bastard Magic Instructor

The series tells the story of Sistine Fibel, a student at the prestigious Alzano Imperial Magic Academy. All the students who attend the Academy have magic powers.

The story starts when Sistine gets admitted into the Academy with her good friend Rumia Tingel. The two are initially taught by a popular teacher who they grow fond of. However, things take a dark turn after their teacher suddenly disappears and is replaced by a new teacher called Glenn Radars.

Glenn’s teaching style is completely different and angers the students after he seems totally disinterested in teaching the students how to improve their magic skills. Very quickly, this causes a conflict to develop between the class and their new teacher.

It is not long until the two friends and their new teacher discover that they are caught up in a hideous scheme that is controlled by evil forces who live behind the walls of the Academy. Determined to unravel who or what these evil forces are, and what their plans might be, the three begin a quest to uncover the truth.

The first TV anime series covered around 5 of the original 15 light novels. With the releases that occurred after the TV series was originally aired, that leaves us with more than enough for a second, and quite possibly, a complete 3rd series.

So where are they?

Well, up until about late 2018, there arguably wasn’t enough original material to make a complete second series. Keep in mind that studios like to have some leftover material to see where the story is going so that they can create the best end of series cliff hangers to leave fans hanging.

Since we are now up to volume 15, there is more than enough material to put that particular problem well and truly to bed.

Now we reach the point where we have to admit that your guess is as good as anyone’s.

Rokudenashi Majutsu Koushi anime season one DVD sales were very healthy, both in its native Japan and internationally. This is usually a great indicator of whether a series will get a new series or not. After all, money talks, right?

Sadly, when it comes to Japanese anime studios, this is not always the case.

Unlike any other media industry in the world, they seem to take pride in ignoring making sequels to their successful shows.

While it is great that they focus on making so much original content (this definitely keeps the industry healthy and original), it is extremely frustrating for the fans.

Recently, the studios have shifted to monetizing their hit anime series’ by making them into movies. Movies mean ticket and DVD sales, which means lots more money.

Were Liden Films to follow this model and make Akashic Records of Bastard Magic Instructor the movie, if we don’t hear an announcement by the summer, there is no way we would see it released in 2020.

Announcements regarding follow up anime series’, usually take place on an even longer timeframe, as the studios usually don’t start making them until around the time of the announcement. So, likewise, if we have not heard and announcement by summer 2020, then 2021 will be the earliest that we see a second series.

When we hear something, we will let you know. Any new details, trailers or announcements related to season 2 of Akashic Records of Bastard Magic Instructor will be posted here at Mobile Youth, guaranteed.