Best Romance Anime: 6 Series That You Absolutely Must See 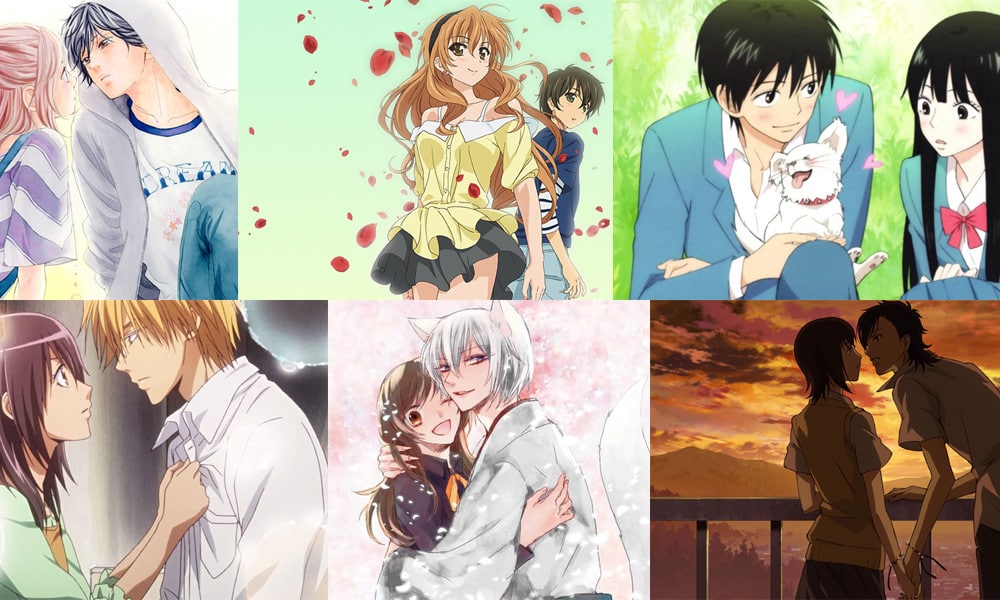 If you’re a lover of anime and you’re a sucker for love stories (aren’t we all?!), then obviously anime romance stories are going to be your cup of tea! Considering that, you have probably already seen your fair share, but there are bound to be some that you haven’t seen yet—and some really good ones at that.

Romance stories are often placed in a setting with numerous other challenges. They’re often stories within stories if you will. And this can come rather unexpectedly in seemingly straightforward genre stories. An example of this is the classic Vampire Hunter D: Bloodlust.

Vampire Hunter D: Bloodlust is set in a post-apocalyptic world overrun by creatures of the night, which provides a very entertaining set of obstacles for our hero. But the meat and bones of the story, and its emotional climax, is the bond of love under impossible circumstances.

Romance is in Most Anime Already!

The stories in this list will tend to focus much more on the ins and outs of romantic relationships, but you’ll notice that other challenges really add to the story. So, in short, if you pay attention you’ll notice that romance is deeply intertwined with virtually all Japanese anime.

It’s a genre that is largely defined by its belief in true love and its fascination with lovers whose devotion gets put to the test by unforeseen circumstances. That’s not to say that all anime is about love, but it certainly is a main theme in the bulk of anime.

In short, if you’re looking for good romance anime, don’t rule out other anime that is seemingly not strictly romance based. Some of them are filled with beautiful scenes that deal with love and depict it in such an artful and enjoyable way. Shoujo isn’t all there is to it!

What makes Golden Time so unique is the realistic nature of the plot, the characters, the dialogue—everything. Anime is a genre that often uses exaggerated characters, which is ones of the things that people love about it. It makes it different. But there is also something to be said for anime that attempts to imitate life in a more accurate way.

Golden Time is a series that deals with the ins and outs of being in a serious relationship. The struggles and challenges that each partner faces are brought to the forefront of the story, which really allows you to reflect on some of the experiences you might have had and some experiences that you would really like to have in the future, or in the relationship you are currently in now if you have one.

In a way, this show offers a deeper look into what characterizes a relationship and the themes that many of us face with our partners—whether we prefer to or not. It’s really an experience to be able to relate to a story in such a way, and Golden Time delivers that.

More than Just a Simple Story

It’s not just all-out lovey-dovey though, which is a good thing. There are also some scenes that are funny, interesting, dramatic, etc. It’s a well-balanced show that keeps the hopeless romantic in mind.

It’s about a freshman law student in the city who falls for a girl who is already obsessed with someone else. And that someone, of course, ends up being the protagonist’s friend. It’s a crazy love triangle that only rings true if you’ve ever had a crush on someone who seems to not even notice you until one day you get your big chance and everything changes.

Adapted from a Manga, this series depicts a tough, sarcastic feminist girl with a soft inner core. She doesn’t take anyone’s guff, but deep down she has a deep romantic side that shows when it counts.

In the story she’s recently been appointed president of student council at a school that has a vastly male student body. She has a secret job at a maid café though, which the baddest boy at school finds out about. Instead of using this information to torture her, an unlikely relationship slowly develops. She turns out to not be an all-out man-hater, and he turns out to have a lot more depth than anyone knew about.

The plot provides plenty of situations for comic relief and hilarious awkwardness that you’ll love from the beginning to end. The story is a playful analysis of adolescent gender roles and the quirky things that go along with coming of age. But the romance that sparks has to come to a conclusion, so by the end of the series, things take an unexpected turn.

A Show that Will Make You Laugh a Lot

The series makes use of flashbacks a lot to reveal things about the main characters’ past. This helps to provide some depth to the characters, but can slow down the pace of the show at times. Consequently, the series slows down a bit in the middle, but it delivers gloriously enough in the early episodes and late episodes to more than make up for it.

If you have seen Kimi Ni Todoke (our next pick!) then this will especially pique your interest. Overall, it’s a fun show that will keep you laughing consistently.

This is an underrated anime. It does get talked about here and there but considering how great it is it really doesn’t receive enough praise. It’s about an awkward girl who doesn’t quite fit in with the majority of the other students at her school. In fact, the other students compare her to the little creepy girl from The Ring. Well, she pairs up with the popular guy at school who everyone loves.

Now this might sound like a familiar story, and in some ways it is, but there’s just something special about this story that will make you feel good. It’s an easy watch and won’t leave you in deep reflection and regret over past relationships and the mistakes that you realize now that you made. No. This is a cutesy, feel-good option that you can simply enjoy and snicker at.

Lighthearted and Easy to Watch

While for some people that might not be exactly what you are looking for, take my word for it that it is refreshingly fun and innocent to the point where you will get sucked in. It’s nice to see the “loser” girl at school start to develop a social circle and gain friends. It’s heart-warming and overall a good time. And just like Kaichou Wa Maid-sama, it’s got a good amount of jokes to keep you smiling.

Say “I Love You” is an absolute must-see. The only reason I didn’t put it at the top is that it gets quite a bit of praise already—which is very well deserved. This is a dynamic, well-balanced show that has a familiar plot. The coolest boy at school falls for the overlooked and misunderstood shy girl.

Now, at this point you might be wondering why most of these stories have such a similar plot. Well, when you consider who their target audience is, it makes perfect sense. But do not let that prevent you from enjoying this story or any of the others in this list because the truth is that they are irresistibly cute, funny, and have a depth that most people wouldn’t expect from an anime series.

A Cute Series Filled with Obstacles for Lovers to Overcome

The way they meet is that the shy girl boots the cute boy down a flight of stairs because she mistakenly thought he had made a move with her skirt. The quirky and rocky relationship that ensues is filled with mistakes and goofs that only seem to strengthen the love birds’ bond. Their love seems to be put to the test in almost any way you can think of, which makes the series a testament to unbreakable love.

This series is shamelessly shoujo, which I love. So if you’re a fan of shoujo then this is going to be right up your alley. It’s a sweet, endearing show that unquestionably belongs on this list.

This is a very well-done love story. It had just the right amount of everything, from comedy to thoughtful dialogue, to utterly adorable scenes that I found myself smiling about for days after.

This is a very immersive story that really allows you to get into the characters and fall in love with them yourself. Of all of the animes that I’ve seen, this is one of the most memorable ones. There are just so many amazing scenes that you’ll want to rewind and watch again.

A Memorable Show That Really Sticks with You

It’s about a girl who inherits her gambling dad’s debt and finds herself in something of a desperate situation. I won’t spoil the rest but let’s just say that she doesn’t meet her prince charming in the most traditional of ways.

The series comes to a satisfying conclusion, which is important to me for any show. I think we all remember the series finale of The Sopranos…very unsatisfying! This series is very all around great in every aspect and delivers in all the right ways. With cute characters and plenty of depth, it’s a story that you’ll certainly love. It’s undoubtedly one of the best romance anime series ever.

Blue Spring Ride is a classic shoujo anime that you’ll certainly enjoy if that’s your thing. And since you’re reading this, we’re guessing it is! It’s about a difficult love that is constantly being challenged by a negative disposition. The devotion of true love is the overall theme in this touching story. And although it’s quite dramatic at times, it’s still funny overall and will certainly entertain.

After the female protagonist’s first and only love switched schools, she was left alone and heartbroken. That is, until he came back. But he was different when he came back, and was reserved and distant. In the series, she tries to find out how to get things back to the way they were and what happened to her first love to make him so cold.

The plot takes place among high school students just like most of the anime on this list, so if you’re a student, then you might find yourself thinking about scenes from the story while in class. I just love the outrageous style of shoujo. It really adds to the entertainment value of the show, and at least for me, doesn’t take anything away from the themes and situations that are dealt with in the series.

Overall, this is a super cute, heart-warming anime that you’ll really like if you are a fan of shoujo.