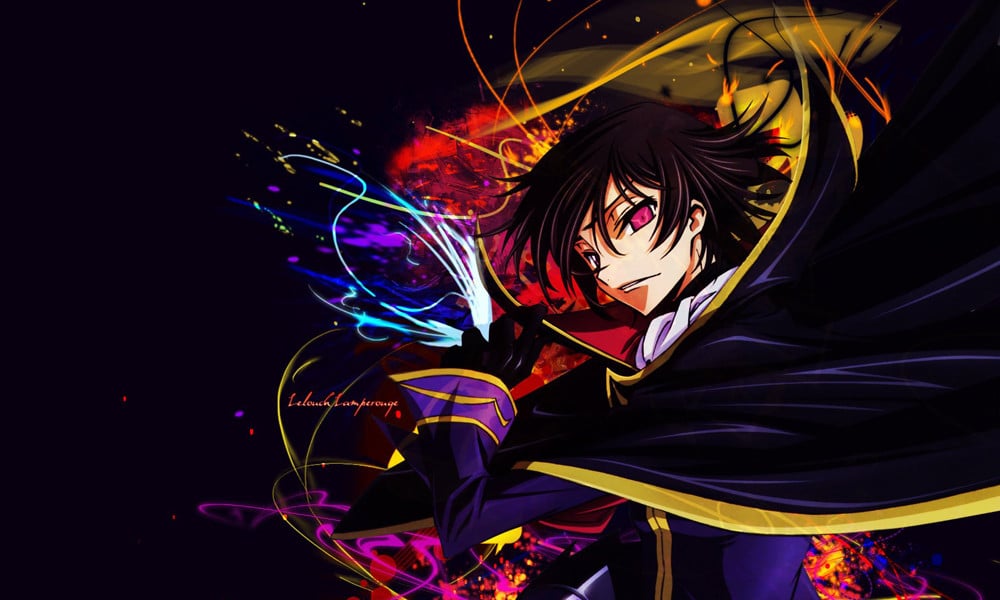 Can you believe that it has been over 11 years since Code Geass: Lelouch of the Rebellion R2 ended?

This popular Japanese anime, also known as KōdoGiasu: Hangyaku no Rurūshu, is beloved by fans all over the world.

This year’s release Code Geass: Lelouch of the Re;surrection grossed over $8 million worldwide, making it one of the most successful Japanese anime movies of the year.

With the series still being so popular over a decade on, why on earth have we still not seen Code Geass Season 3?

Before we answer that question, let’s take a look at the story so far.

Code Geass is one of those rare anime series that was not adapted from a manga series. It is an original series that was written by Ichirō Ōkouchi and directed by Gorō Taniguchi.

The series is set an alternate world and tells the tale of prince Lelouch vi of Brittania.

In this universe, the Holy Empire of Brittania has become the dominant country in the world. The empire is now looking to expand its influence into Japan by conquest.

Lelouch Lampeouge is the son of Emperor Charles Zi of Britannia. He has fallen out of favor with his father after his mother and sister were murdered. Rather than hunting down the killer, his father chooses just to go about life as normal.

Lelouch Lampeouge becomes outraged by his father’s actions and blames him for not getting justice for his dead mother and sister.

After he is sent by his father to Japan to lull its leaders into a false sense of security regarding the impending invasion.

Despite doing their best to resist the invasion, Japan loses the war and becomes yet another part of the empire of Brittania.

Lelouch Lampeouge joins the Japanese cause and vows to one day defeat his father’s empire. This is where the real story begins.

The first series was released on October 6, 2006. A second season quickly followed on April 6, 2007. Both seasons one and two comprised of 25 episodes.

Much to the dismay of fans everywhere, a third series is still yet to materialize.

The studio behind Code Geass, Sunrise, revealed last year that there was to be a movie version of the hit anime show.

Code Geass: Lelouch of the Re;surrection premiered in Japan on February 9, 2019.

Fans flock to movie theaters in massive numbers, something which ensured the movie was a financial hit. The film also received a limited release in both Canada and the United States, where it performed well.

If you missed it in the movie theatres, then the great news is that the studio recently announced that the Blu-Ray/DVD version will be released in Japan on December 5th of this year.

All of you die-hard fans of the series will recognize the importance of that date as it is the birthday of Lelouch Lamperouge.

The DVD is expected to come with a bonus disk that will include a visual commentary by Jun Fukuyama, Takahiro Sakurai, and Goro Taniguchi.

It will also include footage from screenings, a special booklet, postcards, an original illustration collection, and a special picture drama.

Fans across Japan will be queuing around the block to get their hands on these exciting collectables. While information for fans in North America and Europe is still not available, it seems almost certain that multi language versions that include English, will be available soon after.

As soon as we hear anything, we will let you know.

So, given how much enthusiasm still revolves around the series, even 10 years on, the question is, when will Sunrise release season 3 of Code Geass?

Fans of Japanese anime will be all too familiar with the latest trend in the industry.

Sunrise has joined the legions of studios that seemed to have turned their back on making new series’ of hit TV anime shows in favor of making more lucrative movie versions.

While movies do please the fans, they are not theequivalent of a full-length series. There’s only so much content or footage a 2 hour film can display, and it usually isn’t enough to fill the void of an entire season’s worth of plot and events.

Given that there has been a range of hit movie adaptations over the last 5 years or so, sadly, it seems that this new formula is here to stay.

However, what is not clear is whether the studios will return to the original TV shows after they have made the movie version or not.

Unfortunately, there has been no news from Sunrise regarding season 3 of Code Geass.

The good news is that the $8 million made by the movie will have supplied the money to make the 3rd series. Most importantly, it will also have shown the studio that there is still plenty of demand for a third season.

Whether or not Sunrise decides to invest heavily in a new series remains to be seen.

The fans have shown their support and interest in a 3rd series of Code Geass. Now we must all wait to see if the studio is listening. We would not advice fans of Code Geass to hold their breath for very long though as all hope for a third season is primarily based on rumor and speculation.

As usual, as soon as we hear some solid information from an official source, be that social media announcements, trailers or any other kinds of details, we will let you know.