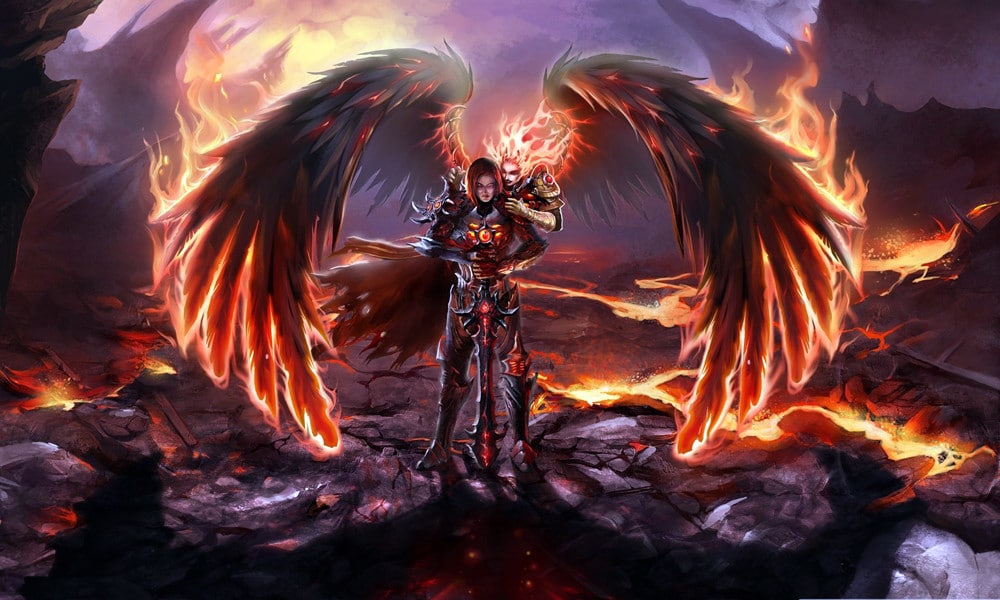 Fans of Japanese anime series Drifters’ long wait for a second series is almost at an end. The second series of Drifters is expected to be released later this year.

Season two of Drifters was announced back in 2016. However, since this announcement, the studio behind this popular anime has been tight-lipped about when the actual release date would be.

Before we get to the rumored release date of Drifters season 2, let’s look back at the story so far.

Drifters or Dorifutazu in Japanese was written and illustrated by the talented Kouta Hirano.

The first we heard of this now popular manga was back in April 2009, when it was serialized in the magazine “Young King Ours”.

Its serialization proved so popular that it was soon snapped up and turned into an anime TV series of  the same name. The original anime series was first aired back in October of 2016.

Ever since the nail-biting climax of the first series was aired on December 23, 2016, fans have been eagerly awaiting a second series to continue where the story left off.

The Plot of Drifters

Drifters tells the tale of a number of historical protagonists that find themselves transported to a mysterious new world that they must help save.

One of these heroes is Toyohisa Shimazu, who after being wounded during the Battle of Sekigahara in 1600s Japan, is magically transported to this new world.

Much of this world, including the creatures that live there, are totally unfamiliar to Toyohisa.

Perhaps the strangest thing that Toyohisa is forced to come to terms with is the fact that he is not the only hero that has been transported there.

He soon finds that a number of other warriors have been transported to this new world, each of whom is from a different time and processes a unique set of skills.

Toyohisa meets and befriends the powerful warlord Nobunaga Oda, as well as an archer called Yoichi Suketaka Nasu. Together, they discover that they have all been summoned to become what are known as “Drifters”.

As Drifters, they have been recruited to do battle with the fearsome warriors that are known as “Ends”.

The Ends are an army that is made up of lots of different, but equally dangerous creatures. Their ranks are filled with giants and dragons, which have the power to destroy just about anything that gets in their way.

The only thing that can stand in their way are the Drifters.

Toyohisa and his new Drifter friends are forced to do battle to save themselves and the planet from total destruction.

Ever since the final episode of Drifters season aired back in 2016, rumors have been rife about a potential release date for a second series.

The production company behind the first series confirmed in October of 2017 that there would be a second series and that it would be released soon. However, time passed and there were no further announcements.

The announcement was made by Drifters’ director, Kenichi Suzuki, who failed to give an exact date for the release.

If the rumor mill is to be trusted then there are two possible release dates for season 2 of Drifters.

If it is to be released in 2019, then rumor has it that the first episode will be released sometime in October.

The reason that most insiders think that October is the most likely release date is that this would mirror the original release date of the first series.

Japanese anime companies seem to like autumn release dates as they produce the best viewing figures. This is because this is when the weather changes for the worst in Japan as well as in many of the other major foreign anime markets such as the U.S.

Should we not hear an announcement by mid-summer of 2019 however, it is likely that the studio will delay the release until 2020. The most likely dates in 2020 will be in early spring or once again, October.

However, it seems extremely unlikely that the studio will keep Drifter fans waiting for another full year. So our bet is an October 2019 release date. Let’s keep our fingers crossed.

If you have not read the Drifters Manga series then here is an overview of what we are likely to see in Drifters season 2.

The biggest development as the Drifters continue to do battle with the Ends will be that we get to learn much more about why each of the Drifters was picked and who is the power that brought them to the planet.

Likewise, we will undoubtedly get to learn much more about the Black King and whether or not he is being controlled by some more powerful being that we have not yet seen.

We will surely discover how these two beings and their magical powers are able to influence battles and transport the warriors around.
It is also certain that we will see the heroes having to do battle with a range of new evil creatures that fight for the Ends.

Whether our heroes will be able to rise to meet these new challenges or not will only be revealed once the new series has been released.