Highschool Of The Dead Season 2: News And Release Date 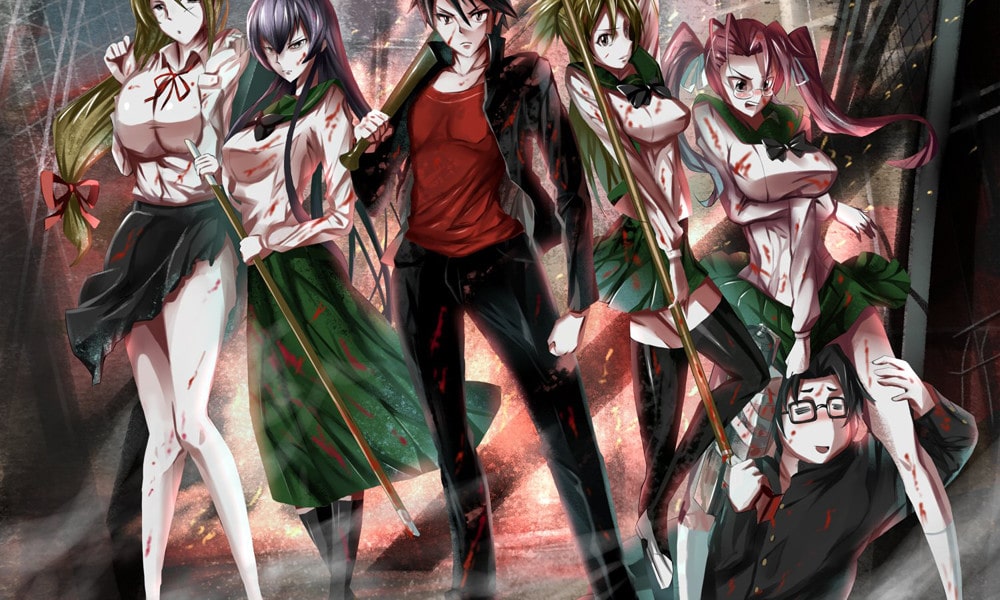 Next year will mark a decade since the release of the hit anime series Highschool of the Dead.

The question on every fan’s lips is a frustrated ‘why haven’t we seen season 2 of Highschool of the Dead?’

Well, like all anime fans out there who are waiting for news of a new series, we are just as frustrated.

Quite why Japanese anime studios love to turn the thumb screws on their fans is anyone’s guess. Every year, they churn out hit anime series after hit anime series, then simply leave the fans hanging without a word on any follow-up.

In the last few years, the studios have turned to making movie versions of their most popular hit anime shows, something that has at least pleased fans by giving them some new material to watch.

Unfortunately, when it comes to anime, nothing matches a new series.

For all you fans waiting for Highschool of the Dead Season 2, here are the latest news and updates.

Highschool of the Dead Season 1

Highschool of the Dead was originally a Japanese manga that was written and created by Daisuke Sato.

It was originally published in Monthly Dragon Age magazine between September 2006 until May 2013. Due to its success in building a large fan base, it was turned into an anime series that was released in 2010.

The series turned out to be incredibly popular, both in Japan and all the other major anime markets.

Despite the fact that the series did not use up all the material from the manga, the studio has stayed tight-lipped for the last 9 years about whether or not we will ever see Highschool of the Dead season 2.

Highschool of the Dead Season 2

So why are we yet to see a second series release date?

Well, fans of the show will already know about the death of Daisuke Sato in 2017, after a battle with heart disease. Despite having written the series from 2006 until 2013, it was widely regarded as unfinished and having many storylines to wrap up.

It is not known when Sato discovered that he had heart disease and whether this interrupted his work on the series, however, it left us without enough original material for an entire second series.

In an interview in late 2018, Shoji Sato, the illustrator of the original manga series, stated that he doesn’t believe that any new series could live up to the original vision without Daisuke Sato.

Though no one from MadHouse, the studio behind the Highschool of the Dead anime, has commented, it seems likely that they are in agreement.

So Where Does That Leave The Fans?

No News Is Good News

If the studio is holding off on a second series at the moment, rather than canceling it outright, all hope might not be lost.

It seems likely that if they had totally closed the door on season 2 of Highschool of the Dead, they would surely have made an official announcement to get the fans off their back. After all, just think how disruptive the rumor mill must be to them.

The only reason to say nothing is that it leaves the door open for a second series sometime in the future.

Another point argued by Highschool of the Dead fans is that there would only need to be one more volume of the manga to make a complete new series.

Of the original seven volumes, a total of four were used to make season 1 of Highschool of the Dead. This means that there are a total of 3 original volumes written by Sato left uncovered. So, it would only take one more volume to provide enough material for a new series.

While Shoji Sato clearly thinks that the need for any new material is enough to stand in the way of another anime series, in the end, the uncovered material might be enough to persuade the studio.

What Could Tip The Scale For A Second Series

There remains one other possibility that could lead to a second series of Highschool of the Dead.

If the studio is unhappy to make a new series without Sato’s input, then they might opt for the next best option.

They might decide to produce a scaled-down second series that has a reduced number of episodes instead.

The first series had a total of 12 episodes, each with a running time of 18 minutes. It would be possible to create 9 or even 10 new episodes from the three remaining manga volumes that were penned by Sato.

However, this leaves us with another problem. As we said earlier, the original manga series was never completed, and so, many of the important plot lines were not finished. Whether the studio would allow another writer to come in an complete them is the big question.

With all of the Japanese studios running flat out to release new anime series’ as well as producing movie versions of their most popular past series’, there seems little interest in developing Highschool of the Dead season two at the current time.

With 10 years having already passed, the longer this goes on, the less likely we are to see a new series. Watch this space for more information.