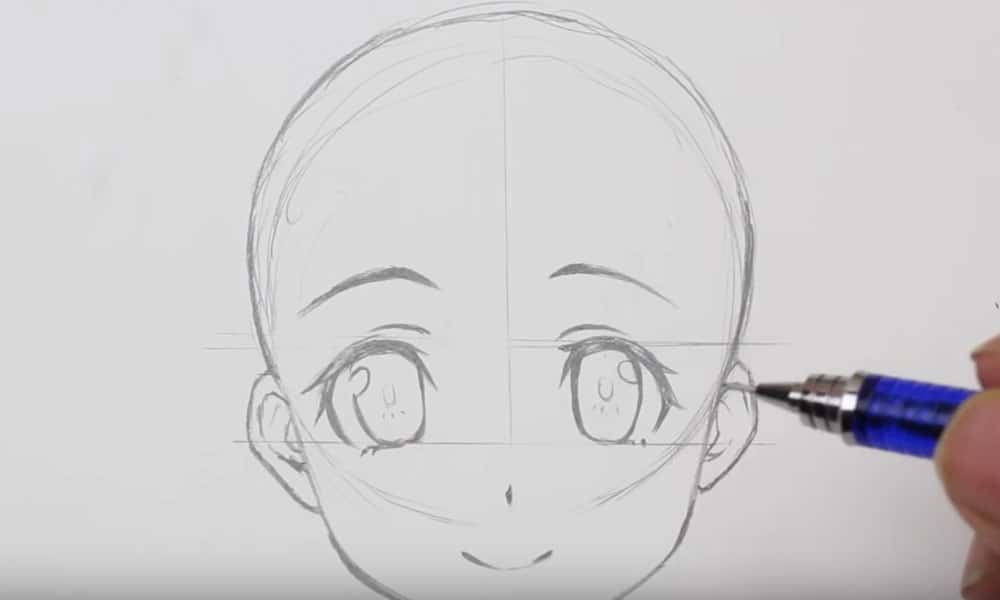 The Basics of Drawing Anime and Manga

While anime and manga are very similar styles, there are in fact a few key differences you should keep in mind based on which style you will prefer to work with.

Manga is the comic medium while anime refers to animation in motion either for television or film. While the basics of the two drawing styles are the same, anime artists tend to use more fluid motions to indicate motion or changes in posture more often than manga artists do. However, for the purposes of teaching a beginner, these professional level skills won’t be necessary for now.

Because manga and anime are distinct styles, it may not be the best idea to jump right into them if you have zero experience with drawing at all. Before you learn how to draw anime and manga, you have to learn basic fundamentals about drawing in general.

These fundamentals include studying basic human anatomy and proportions, and practicing how you convey depth and perception through 2-D images. Practicing drawing cubes and spheres is good practice before you begin drawing heads or faces.

Here’s a great video that explains how the fundamentals of drawing that leads into specifically drawing anime and manga:

Where to Begin with Drawing Anime and Manga: The Eyes

Once you have some confidence with the fundamentals, you can move onto the basics of manga and anime specifically.

One great trick you can do would be to practice drawing eyes. Eyes are famous for being very diverse in both anime and manga and they come in all shapes and sizes. They are a defining feature of the genres and play a huge role in what makes manga or anime so instantly recognizable.

Instead of drawing faces or heads, just practice drawing a wide variety of anime and manga eyes, including the eyelashes if you wish.

Once you’ve mastered the eyes, you can start slowly adding more features surrounding them. Slowly work your way up to including the eyebrows, the nose and even some facial visual cues like sweat drops or blushes, as shown in the image below.

When these facial features have improved, you can start working on a slightly more complex task: the anatomy of the head and face itself.

Drawing an anime head follows a pretty standard formula most of the time, which is good news for beginners as the instructions are simple to follow. It will require practice to get right but it shouldn’t take too long.

First, you’ll want to draw a perfect circle, a task that shouldn’t be too hard if you practiced drawing geometry earlier on. Next you should draw a cross on the circle with the intersection dead in the center. This will help you with placing the eyes and nose later on in the quadrants.

Then you’ll want to start shaping the face around the chin and cheeks, making it a little spiky around the bottom and at 5 and 7 o’clock. Feel free to give yourself some liberty with shaping the chin as these are just rules of thumb.

Next, you’ll want to add the ears and then the eyes and eyebrows. Feel free to leave them unfinished for now and work on them later. The general shape is all that’s necessary at this point.

Continue by adding the nose and the mouth and any other facial features you want to include like blushes.

By now you should have a good rough idea on how to draw an anime or manga face. When it comes to the exact details of the eyes or the hair style, that’s entirely up to you! The beauty of drawing anime and manga is that you ultimately decide what your character will look like and what expressions he or she will make.

Feel free to consult the video and diagram below to see how this step-by-step process plays out on paper.

If you’ve made progress on your faces, anatomy and eyes and are ready to move on then you’ll want to learn how to improve your technique with drawing anime or manga hair. You’ll also want to practice drawing faces from multiple angles or perspectives as well.

Here is a great video that teaches you how to draw manga faces from several different angles very easily:

Another great resource is this video on the Do’s and Don’ts of drawing anime hair, another fantastic video for beginners:

Thank you for reading and we hope you perfect your sketching craft so that you can one day become a pro!