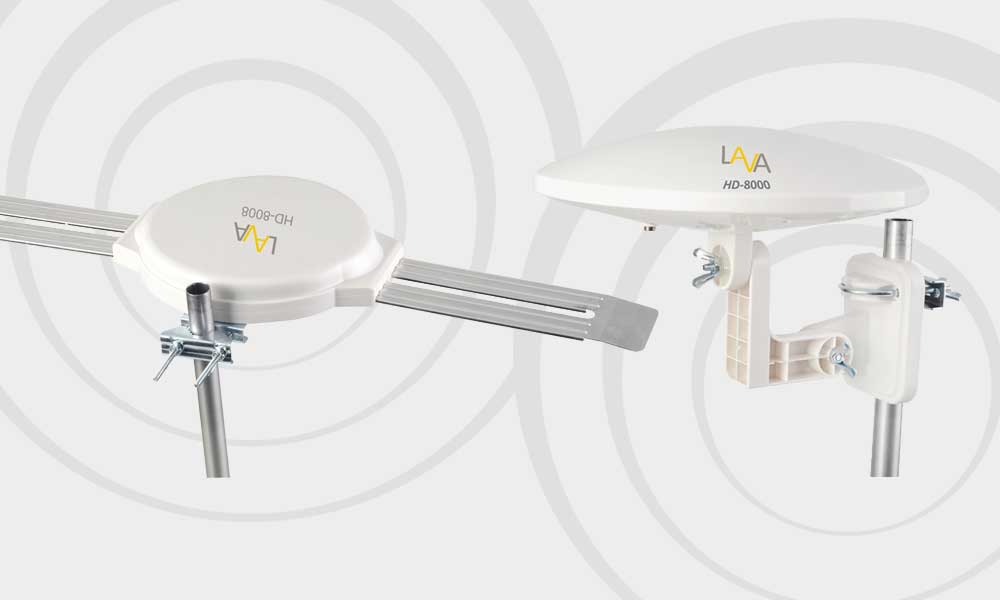 More and more people are ditching their cable TV or satellite TV installations and are opting for more modern ways of accessing TV content. While that means a subscription to Netflix, Amazon Prime Video or HBO Go for many people, for others it means installing a trusty TV antenna in or on their home to get access to free TV signals from miles away.

Two fantastic devices that can help you achieve this cable free TV dream are both from Lava: the HD 8000 and the HD 8008. As you can tell from their names, these are going to be similar products. If you’re trying to figure out which one you should get, that’s where today’s article comes in to play.

They both come with a 2-year warranty.

They both have identical VHF and UHF frequency levels. This stat refers to a TV antenna’s ability to acquire stable TV signals. Both of them have good stats that is in line with modern, high quality TV antennas.

Next, both the Lava HD 8000 and the Lava HD 8008 are known as multi-directional TV antennas. They do not need to be pointed in a specific direction to pick up a TV broadcast tower signal. They both work in 360 degrees.

They both also use similar power, measuring at 3 watts and 110 volts respectively.

They are both considered high-definition TV antennas and are even capable of picking up 4K signals.

Now let’s begin talking about the differences between the Lava HD 8000 and the Lava HD 8008, the most noticeable of them all being their shape and size.

The Lava HD 8008 has two wings on either side that seem to act as extended external antennas. In theory, this means that the HD 8008 should have a slightly better range and will probably be better suited for outdoors installation. Despite this, both the HD 8008 and the HD 8000 have a listed max range of 150 miles. While this is indeed impressive, it makes one wonder what the purpose of the HD 8008’s wings truly are.

As a result of this, the HD 8008 is nearly five pounds heavier than the HD 8000. This certainly makes the HD 8000 easier to install, but only slightly so.

While both TV antennas have the same max range of 150 miles, they both have different recommended ranges for ideal picture and signal qualities. For the Lava HD 8000, its 50 miles whereas for the Lava HD 8008 it is 85 miles. While both will work well in urban and rural environments, the Lava HD 8008 will be a bit better if you live in a cluttered area with a lot of trees or don’t live in a major city.

When it comes to channel access and compatibility, the Lava HD 8008 is the clear winner here. The HD 8000 can only access about 45 channels at once whereas the Lava HD 8008 can receive up to 130 channels, making it very impressive.

While it is slightly more expensive, I have to crown the Lava HD 8008 the winner of this matchup. It may be a bit clunkier due to the wing extensions it has but this is part of what gives it its superior functionality. It will give you a better signal and a clear picture nine times out of ten, it has a longer signal range, it will be more reliable during rough weather and it is a great choice for both rural and urban residents.

TV antennas are meant to be alternatives to online subscription platforms like Netflix, and the Lava HD 8008 really hammers this home thanks to its impressively large signal range and its unique ability to handle over 100 channels at once. While the Lava HD 8000 is by no means a bad TV antenna, it’s hard for it to compete with what is essentially its older brother.

Thank you for reading today’s TV antenna matchup. We hope you enjoyed it and hope you were inspired to enter the world of TV antennas for yourself.