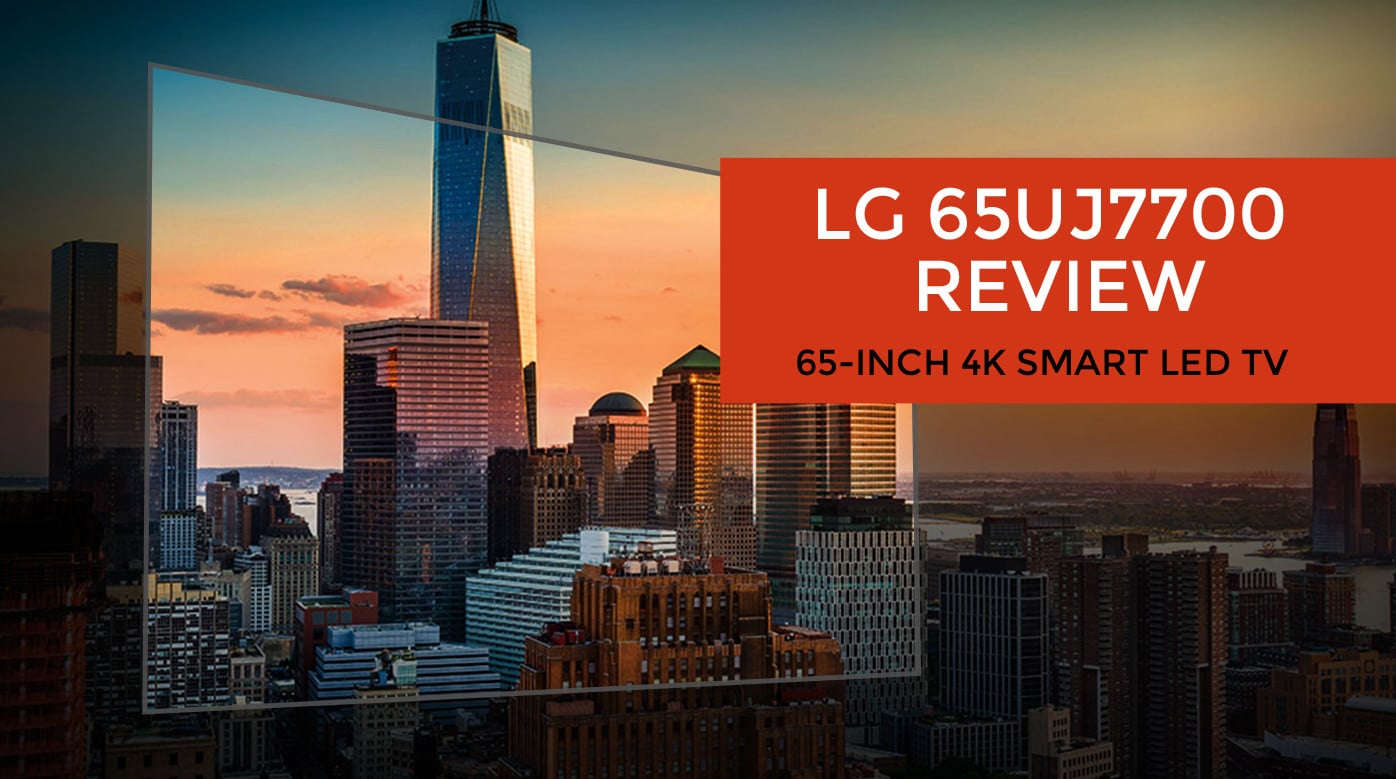 Let’s take a closer look at 2017 model LG 65UJ7700 LG might not be the leading player in the global TV market but they do produce some really great television sets. Their 2017 TV range was overall really respectable and included a model to cover just about every niche in the home TV market.

LG released the UJ7700 as a reasonably priced TV for those people who want to get a 4k UHD TV but don’t quite have enough money for the more expensive models. So to see how good the UJ7700 really is, let’s take a closer look at how it performs.

The LG UJ7700 LED TV gives a reasonably good picture quality. To start with, it is a 4k LED display which means that it has the resolution to give a good picture with most formats. Images are clear and the display is pretty good at handling motion too.

That said, when compared to other 4k TV’s it does struggle to keep up, to be honest. It has a contrast ratio that is below average. This means the TV does struggle a bit when it comes to brightly lit or dimly lit rooms. This is particularly noticeable when it comes to the blacks, which aren’t as deep as most people would like. For people who like to watch their TV in dimly lit rooms, they might notice that the blacks look a little washed out.

In bright rooms, glare can be a bit of a problem, especially if the room if is it gets a lot of direct sunlight. The UJ7700 suffers from a low peak brightness level which means that you can’t turn up the brightness enough to cope with high levels of background light.

The good news is that the UJ7700 has a good color gamut so really does shine when it comes to producing a wide array of rich colors. It produces really clear HDR images and has very respectable viewing angles for an LED TV.

The sound quality that the LG UJ7700 produces is around average for a modern TV. Generally speaking, it is acceptable, especially when not turned up past the ¾ mark. Above this volume, you will definitely notice some reduction in sound quality in the form of distortion.

LG has included a really handy calibration feature, known as the ‘Magic Remote’. This feature is designed to monitor your background noise levels via a microphone that is hidden in the remote. The TV is then able to calibrate its settings in a way that best suit the environment of the room that it is in, thus giving the best sound.

While this Magic Remote feature does help with the sound quality a bit, it is certainly no replacement for a good set of external speakers which will obviously help improve things dramatically.

Operating LG’s webOS smart platform, the UJ7700 has a really good user interface that allows even the most inexperienced user to get the hang of things in no time. The interface has been designed to be as simple as possible so as to allow users to easily access the smart features they want.

One really handy feature is that when the remote is pointed at the screen menu, an on-screen cursor follows any movement. This helps to speed up menu selection considerably, while for the brave there is a voice activated feature too. ​

The UJ7700 has inputs for all the major signals. It can, therefore, be used with everything from HDMI to HDR inputs. Inputs include:

When it comes to design, the UJ7700 really does look great. It has a large flat screen display that extends most of the way to the edges. That said, the TV comes in silver so the rim is slightly more noticeable than if it were black.

The whole unit is nice and thin so fits effortlessly into any style home. It has a really sturdy stand that will certainly resist any attempts you or your kids accidentally make to knock it over too.

Editor's Rating
8.1 Overall
0 Users (0 votes)
Picture Quality7.5
Sound Quality7
Design9
Smart Functions9
Summary
Overall, the UJ7700 is a pretty good 4k TV. It has a good enough performance to be worth considering if you don’t have the money for a more expensive model. If you do, it would probably be wise that you invest the extra to get the picture and features that you really want.

The UJ7000 is a really good buy for the price. It offers a pretty good picture and a sound quality that is certainly good enough to please the average viewer. Gamers will find this TV a good option too, as it offers a good enough level of performance for all but the highest resolution games.

The blacks and contrast levels are a bit of a letdown, but for this money, it really is hard to complain. The TV is packed with cutting-edge features including the LG’s new Web OS3.5 system, a wide color gamut, and plenty of smart features including the magic remote that certainly make it worth considering. In the end, it really comes down to the fact that it would be hard to find a better 4k TV for the price.
What people say... Leave your rating
Sort by: