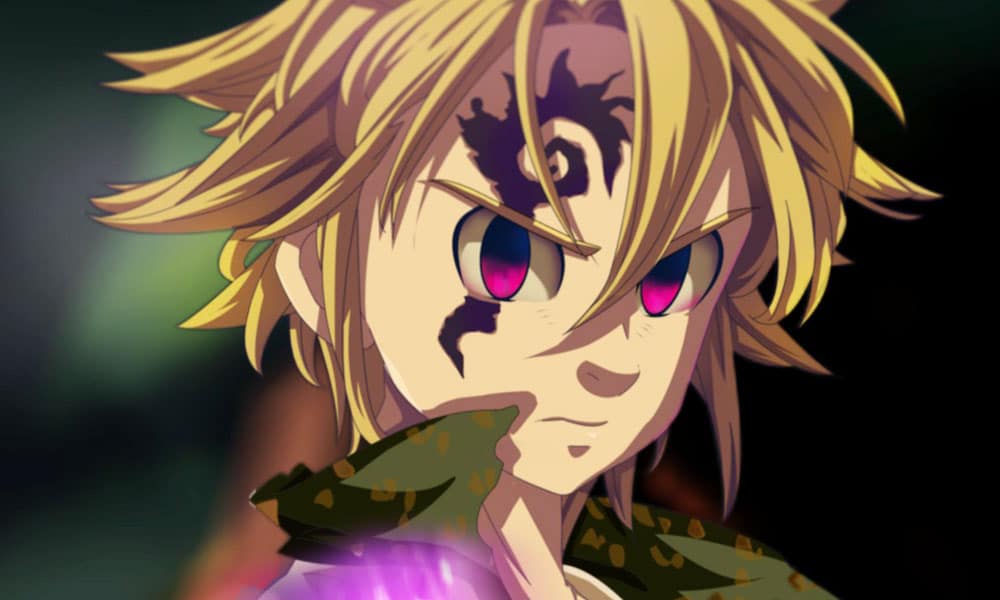 The Seven Deadly Sins contains a wide range of memorable and diverse characters, but its protagonist Meliodas is undeniably at the center of it all. Meliodas is a lot more complex than he seems at first glance. Not only is he thousands of years old but harbors many abilities and personality traits that form together to make up a well-rounded and intriguing character. Below is an in-depth rundown on all of the traits that have helped define Meliodas.

Despite looking like a young, short boy, Meliodas is indeed over three thousand years old. He is in fact not human but a demon that is concealing many latent powers.

Meliodas used to live in the Kingdom of Danafor many ages ago. Here he actually served as a royal knight of the kingdom. While he lived there peacefully for quite some time, tragedy eventually struck him when the love of his life Liz was murdered. Meliodas soon became enveloped with a demonic rage and ended up destroying the entire Kingdom of Danafor as a result.

It was not long after this horrible event that Meliodas eventually founded the titular group of the series, the Seven Deadly Sins. The seven members of this group were elite warriors would who would fight and work alongside Meliodas.

Unfortunately, the Seven Deadly Sins were framed for the murder of the Grandmaster of the Knights, placing the members of the group in exile as criminals.

Eventually, Meliodas comes into contact with Princess Elizabeth Liones. She pleads with him and asks him to help locate the missing members of the Seven Deadly Sins as they are the only ones capable of interfering with a plot by the royal knights to initiate a war between kingdoms. Meliodas agrees and the journey to find the remaining members of the Seven Deadly Sins begins.

Meliodas is an extremely powerful being. While he has many skills related to physical and magical combat, his most iconic ability by far is his demonic transformation. When in his Demon Form, Meliodas receives a massive boost to his speed, strength and stamina. His Demon Form is closely tied to his emotional state. The angrier he becomes, the more power he is capable of unleashing in this transformed state.

Meliodas can even use his Demon Form to alter his body, such as giving himself wings, reattaching severed limbs or creating armor for himself.

But even without his demonic transformation, Meliodas is still an extremely capable soldier. In his regular state, he still exhibits very impressive strength and aptitude. He is capable of crushing hard objects with his bare hands and has been known to create shockwaves destroying entire mountains by slashing with his sword.

Additionally, Meliodas is capable of deflecting lightning and can move at speeds to fast that other characters have theorized that he may in fact be faster than the speed of sound itself, which is roughly 700 miles per hour.

While he may be a powerhouse, Meliodas also has incredible defensive skills as well. His stamina and durability in even the most difficult of fights is incredible as he has survived being outnumbered by Knights and entire battalions of tanks.

The title of the series is a reference to the famous concept of the actual seven deadly sins: sloth, greed, envy, pride, gluttony, lust and of course wrath, the sin which Meliodas himself best corresponds to.

Despite his deadly sin being heavily tied to his demonic powers, Meliodas is a much more three-dimensional character than his hotheadedness would imply. Meliodas frequently displays great shows of bravery. Because he was once a knight himself, he also shows many moments of chivalry and a sense of social responsibility to the people around him.

He is also fairly frank and stubborn. Whenever Meliodas gets into an argument with another demon he becomes prone to lashing out and ignoring the other side of the story.

At the end of the day however, Meliodas’ child-like looks are not completely misleading. Meliodas can be very laid back and calm as long as there is no imminent danger. In the event of an emergency Meliodas’ bravery, rashness and rage can quickly rise to the surface. He seems like an almost completely different person whenever he or his friends are under attack. But when things are going well he can be a surprisingly easy-going person.

Perhaps two of Meliodas’ more unique personality traits are his merciful streaks and his more perverted streaks. Because of his dark past Meliodas tries very hard to curb his inner demon and prefers not to engage in any more killing. He also has been known to be rather lewd and will occasionally partake in questionable activities, particularly when it comes to Princess Elisabeth Liones.