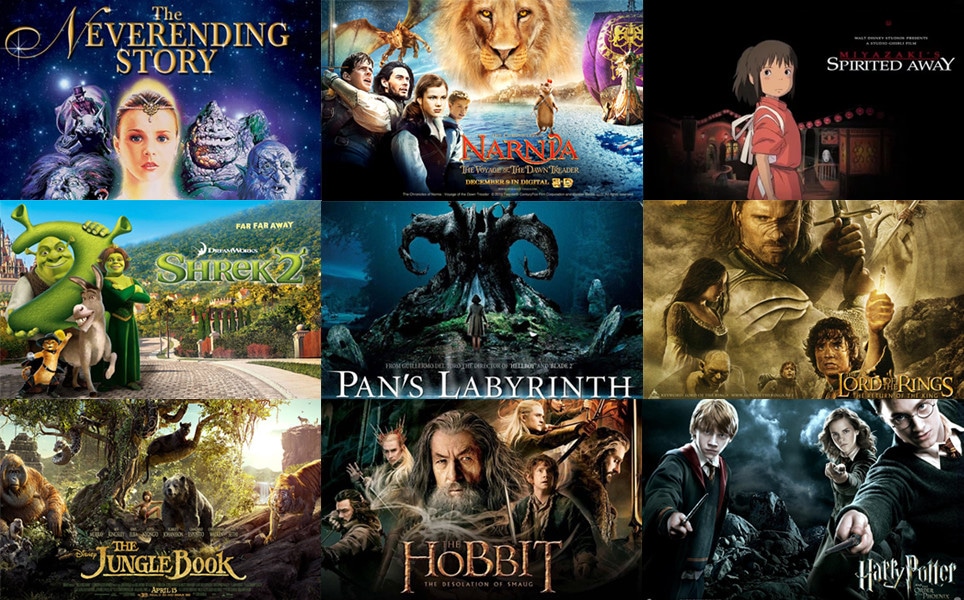 The movie Stardust was released back in 2007. It was a $135.6 million smash hit that quickly gained a worldwide fan base. However, the absence of a sequel has frustrated fans and led to them to the only remaining alternative, trying to find movies like Stardust.

The great news is that there are lots of Stardust-like movies out there. There are lots of recent movies that are very similar in style and theme to Stardust, including some classics too!

To help you deal with your Stardust obsession, here are the top movies that are most like it.

Released in 2007, Stardust is a romantic fantasy film that was written and directed by Matthew Vaughn.

The movie was based on the top selling book called (yes, you guessed it) Stardust. Released back in 1999, it would be the later success of The Lord of The Rings franchise that would finally see it turned into a film.

For the most part, the plot follows that of the novel. The main character, Tristan, lives in a town in England. This town is right next to a magical kingdom called Stormhold. One day, he decides to enter Stormhold in order to find a star so that he can give it to the beautiful Victoria to win her hand in marriage.

Tristan finally finds the fallen star, but to his shock, finds out that it is a woman called Yvaine. Unfortunately for the righteous Tristan, Yvaine is being chased by the unscrupulous Princes of Stormhold and several witches too.

The movie follows Tristan as he battles the forces of evil in an attempt to save Yvaine and to return to his town in time for the deadline to win Victoria’s hand in marriage.

Fans of this movie are lucky that there are many films that explore similar themes.

These are our top 10 romantic fantasy Stardust-like movies:

The Lord of the Rings Trilogy

The success of the first film, which earned more than $871 million worldwide, paved the way for two equally successful sequels. Combined, the three films grossed billions of dollars worldwide, opening the floodgates to a huge investment in fantasy movies.

The movies are based on the J. R. R. Tolkien books of the same name. They follow the adventures of a hobbit called Frodo Baggins after he comes into the possession of a magical ring. Frodo soon finds himself having to team up with a gang of heroes to battle to save Middle Earth from the Dark Lord Sauron.

If you haven’t heard of Harry Potter then you must have just come from outer space. Penned by now legendary British author J. K. Rowling, the most successful ever books were quickly snapped up by Hollywood to be made into movies.

The first Harry Potter movie did so well at the box office that it would be followed by an impressive six sequels, each more successful than the last. The films follow a young wizard called Harry Potter as he attempts to master the craft of magic while fighting off evil wizards. If you loved Stardust, you will love Harry Potter.

While writing The Lord of the Rings trilogy, J. R. R. Tolkien already had in mind a prequel based on several of the characters.

The Hobbit is the story of Bilbo Baggins and his attempt to take the treasure of Smaug the dragon. He embarks on a spectacular journey that will see him team up with some unlikely heroes and do battle with the dragon.

The great news for Stardust fans is that it took director Peter Jackson three movies to tell this epic fantasy tale, so there is plenty of viewing time here.

Long before most people had heard of The Lord of the Rings, director Ron Howard created one of the first modern romantic fantasy movies.

Willow stars Warwick Davis as Willow, Val Kilmer, and Joanne Whalley. The story is about a young dwarf who discovers a baby on the river bank. Despite it being a human baby, Willow takes it home to his family to keep it safe.

However, things take a dark turn when Willow discovers that the evil sorceress Queen Bavmorda has dispatched her troops to find and kill the child. Willow is forced to embark on a dangerous adventure to try to save the child.

The cartoon movie of the Jungle Book is one that we all know from our childhoods. The story was remade in 2016 by director Jon Favreau of Iron Man fame.

Mowgli returns, and after being chased into the jungle a tiger, finds himself on an adventure with a panther called Bagheera and a happy go lucky bear named Baloo. If you like Stardust and have never seen The Jungle Book, you are in for a real treat.

The Chronicles Of Narnia

Hollywood loves classic books. This one by writer C. S. Lewis is a must part of any childhood. The Chronicles of Narnia have been remade several times over the years but only recently have received the full Hollywood treatment.

The story tells the tale of a group of children who discover the way to a new world though their wardrobe. The children quickly discover that this land is inhabited by animals that can talk. Like the human world outside, this land is locked in a battle of good vs. evil.

Pan’s Labyrinth was a critical smash. It won more than 100 awards, including three Oscars. While this movie is far darker than your average fantasy film, it is certainly has more depth.

The movie tells the tale of a young girl who is caught up in Franco’s fascist Spain. The innocent young girl finds herself at the mercy of her evil army stepfather. With darkness all around her, she increasingly escapes into her own fantasy world as a means of escape.

Way back in 1984, a film by German director, Wolfgang Petersen was to become a worldwide sensation. His film, The NeverEnding Story, is a classic that all children will love. It is as good today as it was 30 years ago.

After a little boy finds an old book, he begins to read it and soon discovers that he is able to cross into a mysterious fantasy world where he is able to live out all kinds of adventures.

For lovers of Japanese Anime, Spirited Away is one of the best movies of all time. Released in 2001, it became on overnight sensation and managed to win a host of awards including an Academy Award for Best Animated Feature.

Set in an animated Japan, the story is about a 10-year-old girl named Chihiro Ogino. On their way to their new home, her parent’s accidently take a wrong turn and end up entering an enigmatic spirit world. Her father insists that they enter to explore this world, after which they are turned into pigs.

Chihiro is left to explore this strange world until she can find a way to return her parents to normal and get them back to the real world.

Last but not least is Shrek. This extremely popular movie trilogy is as great for the kids as it is adults.

A humorous look at the romantic fantasy genre, Shrek follows an ugly ogre as he tries to help a princess. The two end up falling in love, but in the sequels, struggle to live happily ever after.