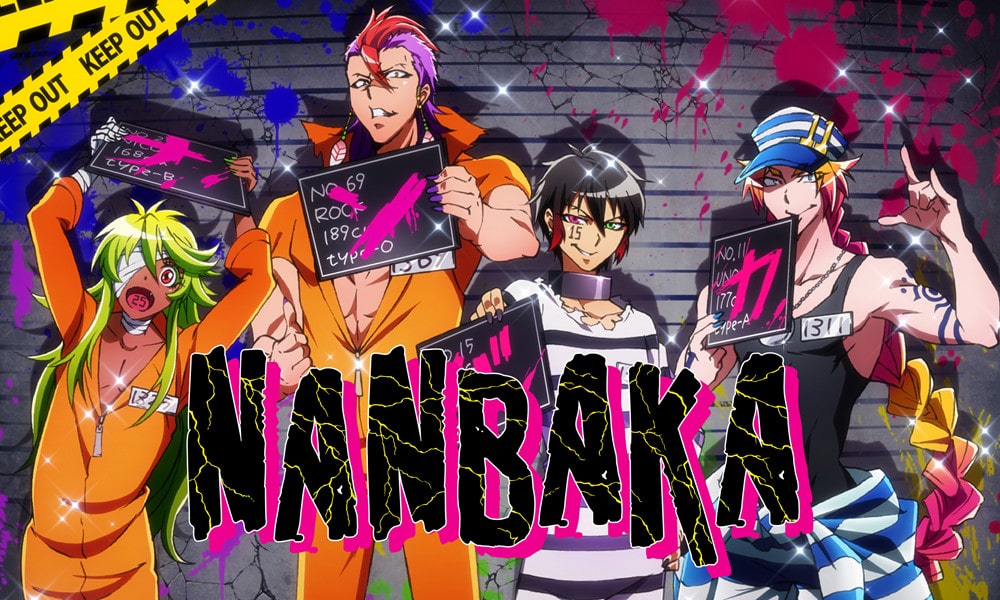 Nanbaka (ナンバカ), or Nanbaka The Numbers, is a popular Japanese manga and anime series that has amassed a very loyal fanbase over the years. Despite quenching its fans’ thirst with a hit second series, we have all been waiting years now for news of the third, and perhaps final series.

So where is season 3 of Nanbaka?

Nanbaka was originally a Japanese manga series that was both written and illustrated by Shō Futamata.

The manga originally appeared on NHN Japan’s Comico webtoon app, which acts as a publishing avenue for many up and coming writers.

The first installment was published on 13 October 2013, though it was not until 21st of December 2015 that English version of the manga first appeared.

The manga eventually ran to a total of 124 chapters, though only 52 of these have so far been collected into a Tankōbon volume.

The manga was a hit in both Japan and all the largest anime markets. This could only mean one thing, it was time for an anime adaptation.

Nanbaka the anime was originally aired between the 5th of October 2016 and the 22nd of March 2017, which included season one and season two.

It was produced by Satelight, a studio that is pretty famous for its high-quality anime adaptations.

Director Shinji Takamatsu was brought on board to direct both the first and the second series, while Mitsutaka Hirota wrote the screenplay for both series’.

In total, Nanbaka season one ran to a total of 13 episodes, each with a running time of about 25 minutes.

The first season concluded on the 28th of December 2016.

Picking up from where season one had left off, season 2 of Nanbaka began airing on the 4th of January 2017 and ran until 22nd of March of the same year.

The studio also released a special bonus episode on the 29th of April 2017, something which delighted fans.

Nanbaka: The Story So Far

The plot of this hit anime centers around a dark and mysterious prison which is located on a remote island somewhere off Japan.

This prison is called “Nanbaka” and as far as any of the inmates knows, it has never been escaped from. The anime plot follows four inmates who are serving sentences for various crimes. These inmates begin to form a bond and become friends.

Dzyugo is a down and outer who never seems able to catch a break in life. He has repeatedly tried to escape the prison, only to be captured and punished by having more time added to his sentence.

Uno is another low-level crook who has spent his life hassling old women for pocket change in order to feed his gambling addiction. His wife finally had enough of his crooked ways and left him when he was sent to jail.

Rock is in for a long prison stretch. He is an ex-drug addict who is an Otaku.

Nico is a lover of all things anime. He also believes that anime will one day take over the world.

Thought-out the first two series of this anime, we follow the four as they attempt to overcome life in one of the world’s most inescapable prisons.

Ok, let’s be cuttingly honest here. Ever since the end of season two of Nanbaka in April of 2017, fans have been posting crazily all over anime forums trying to find news about a third series.

Given that season one and two were made and released back to back, it doesn’t look great for a third season.

To start with, if there were to be a 3rd season of Nanbaka in 2020, we would almost certainly have heard an official announcement from the studio. This has not happened yet.

Given the time it takes to make a 13 part anime season, we would almost certainly have heard an announcement by now. If the studio doesn’t release any information in the next two to three months, we won’t be seeing season 3 in 2020.

But does that mean we won’t see one at all?

No, it doesn’t. As we are fond of pointing out, Japanese anime studios love to torture their fans. After all, if you have no plans to make a new series, why not make an official statement saying so? The reason? As we said, the studios love to keep fans guessing.

In the last few years, lots of popular anime shows have had a long-awaited follow-up series’ made. Some have been more than 10 years in the making.

Another trend that has started in recent years is that anime studios have begun to make movie versions of their most popular shows. This has led to some serious cash returns for many of the studios.

There is a good chance that the studio is already looking to make a movie of Nanbaka. This would, at least, allow fans to get to see their favorite anime characters back in action. And it is successful enough, it might just be enough for them to make a new season of the TV anime.

Watch this space, as soon as we hear anything, we will let you know.