Oregairu Season 3 Will Be Released This Year! 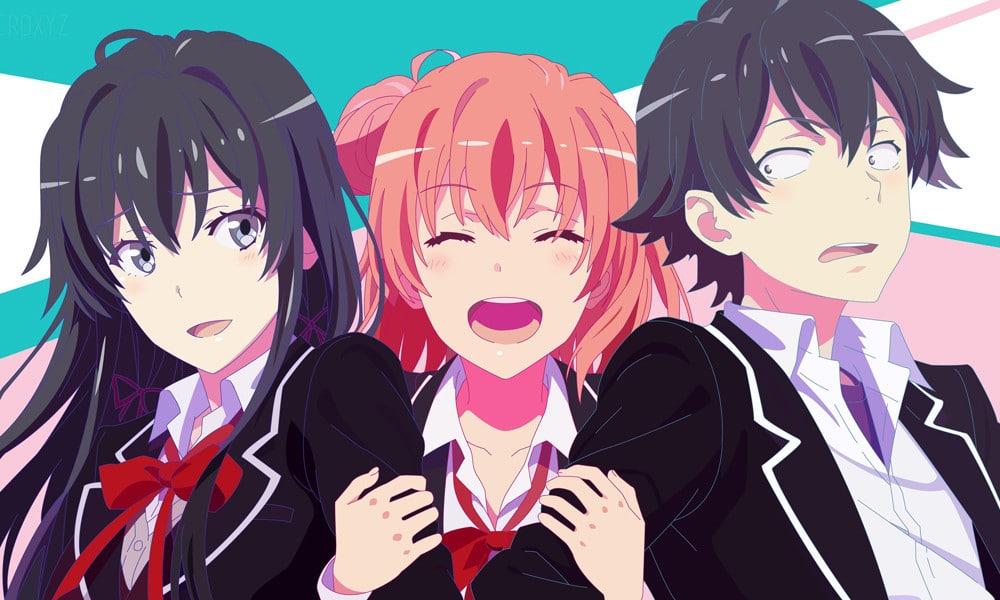 The time to celebrate has arrived!

2020 will be the year that fans of Oregairu finally get to see series 3 of this popular anime.

But before we get to that, and reveal the date that you can expect to see the third series, let’s take a quick look back over the story so far.

‘Oregairu’ or ‘My Teen Romantic Comedy SNAFU’ or ‘Yahari Ore no Seishun Love Comedy wa Machigatteiru Kan’, as it is known in Japan, was originally released as a light novel series called My Youth Romantic Comedy Is Wrong, As I Expected.

The novels were written by Wataru Watari and illustrated by Ponkan8. They began serialization back in 2011 and continued serialization until very late last year.

The latest volume was released in November 2019. It was the culmination of the series. Saddened fans were soon cheered up after finding out that it was longer than all previous volumes.

Sadly, for all those fans of the manga who aren’t lucky to be able to read Japanese, they will have to wait for some time yet to read the last volumes as they are yet to be translated into Japanese.

At the current time, only volumes 1 to 8 have been translated into English.

As with all popular manga serials, Oregairu was picked up by a major Japanese anime studio.

It was turned into a 13-part anime that was released starting on April 5th, 2013. The original series ran until June 21st of the same year. The series included a bonus episode that was shown the following week on the 27th of June.

Well, as with all good things, the fans screamed out for more.

This led to a second series of My Teen Romantic Comedy SNAFU being commissioned and released just two years later in 2015.

The season was called “Yahari Ore no Seishun Love Come wa Machigatteiru. Zoku” and was shown on TV between April and June 2015.

It was well-received by fans, many of whom believed it to be better than the first.

The plot of Oregairu follows a teenager by the name of Hachiman Hikigaya. He has become a pessimist and rejects many important things such as friendship and companionship.

One day, his teacher persuades him to join a school club in order to try to inspire him to new ways of thinking. Strangely, this club only has a single member, a girl called Yukino Yukinoshita.

Despite his initial cynicism, Hachiman begins to lower his guard and accept Yukino into his thoughts. As time progresses, he begins to question many of his opinions and feelings towards himself and others. Gradually, his life begins to change.

Back in March 2019, Shogakukan, the publisher behind the series announced that, at long last, they were ready to produce and release a third series.

They announced the name of series 3 as “Yahari Ore no Seishun Love Come wa Machigatteiru. Kan”.

That means that for all you fans out there, you only have a matter of months to wait before the series will begin.

They will be long, hard months, but the reward is set to be enormous.

Ok, so for those of you who have not read the manga volumes that cover stories after the culmination of season two, here are a few plot developments that you can expect to see in season three.

Season 2 left off straight after the Valentine’s Day party where Yukino wanted to ask Hachiman for something. The series stopped without the audience ever finding out what she wanted to ask.

It is almost certain that season 3 will reveal this request as being romantically linked. Yukino and Hachiman are likely to open up about their feelings for each other and get together romantically.

However, this will complicate the love triangle between the pair and Yui. How this will pan out is anyone’s guess.

In a further character/plot development, Hachiman’s sister, Komachi, will find out that she has passed her exams and has been accepted with Taishi Kawasaki into Sobu High School.

A twist will come when the Student Council decides that the Service Club will hold a prom. Yukino’s mother bands together with other distraught parents to try to stop the event. This inevitably leads to Yukino being forced into a showdown with her mother.

Meanwhile, Hachiman begins to find it a real challenge having his little sister in school, especially with all the disruption in the Service Club and the love triangle he is involved in.

The big question is whether all this disruption will send Hachiman spiraling back into cynicism or whether he can overcome these new events and continue to make progress?

With loads of other plot developments expected, fans of the series don’t have much longer to find out what will happen in My Teen Romantic Comedy SNAFU season 3.

For once, we are happy that we can bring all you anime fans some good news.