Saga Of Tanya The Evil Season 2: Release Date and Information 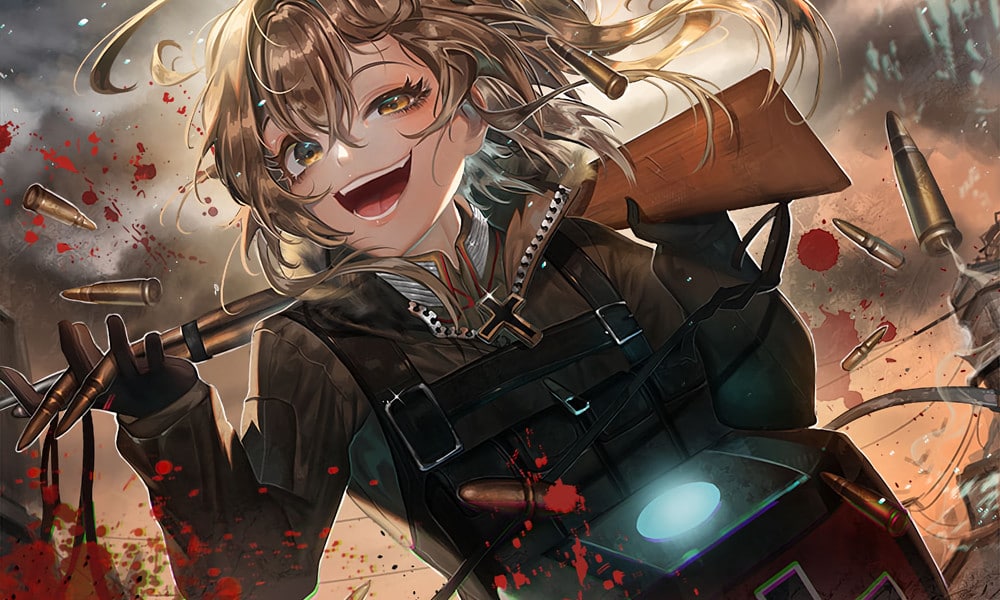 The Saga of Tanya the Evil, otherwise known as Youjo Senki in Japan, is a smash hit Japanese novel and anime series.

But if you are a fan of the series, you will already know that.

As a fan, you are no doubt frustrated to the point of insanity by the lack of a second series of Saga Of Tanya The Evil.

Unfortunately, this is a familiar story. A Japanese studio releases an anime series of a popular manga novel, only to seem completely disinterested in creating a follow-up series.

Before we get to the latest information as to where we stand on a second series of The Saga of Tanya the Evil, let’s look at the story so far.

The Saga of Tanya the Evil: A Hit Manga, Anime And Movie

The Saga of Tanya the Evil is a Japanese series originally written by Carlo Zen. The novel series was illustrated by Shinobu Shinotsuki.

It first appeared back in 2012. Rather than being published by a publishing house, it appeared on the site Arcadia. In literally no time at all, it gained a strong fanbase and so was picked up by Enterbrain, a popular manga publisher in Japan.

By October 31, 2013, there had been a total of nine volumes published. Soon after, a manga adaptation hit the shelves with art by Chika Tōjō.

This series proved so successful that a Japanese anime series was produced by NUT. This TV series was aired from January 6, 2017, until March 31, 2017.

Though there has been no second series forthcoming in recent years, a movie adaptation was released on the 8th of February, 2019.

This series is all about an atheist Japanese businessman who ends up being murdered at work by the guy that he has just fired.

After he dies, the businessman comes face to face with an entity that comes to be known as Being X. The being is angry at the man for his atheist beliefs (he even refuses to believe in God even after coming face to face with him), so it decides that he is to be reincarnated in World War 1 Europe.

He is reborn as a young girl called Tanya Degurechaff. The being stipulates that Tanya must die of natural causes and not be killed as a result of violence from the war. If she is, her soul will leave the cycle of reincarnation and go to hell.

So Tanya joins the Empire’s Mages Division to fight in the war. Her logic is that if she can obtain a high enough rank in the army, she will be able to avoid the fighting and so avoid being sent to hell.

Ultimately, this decision changes Tanya, who becomes increasingly ruthless and willing to do whatever it takes to rise in the ranks. She becomes brutal and tramples on anyone who dares get in her way.

In no time at all, she is given the nickname ‘Devil of the Rhine’ and becomes feared by everyone.

A total of twelve volumes of the manga series have now been released.

The television anime series ran to a total of 12 episodes.

A 2018 movie, called ‘Youjo Senki Movie’, of the series was released in Japan. The movie received a U.S release date in 2019.

The movie was a direct follow up to the original series of Saga Of Tanya The Evil. It covered the material that would have made up season two.

The movie did reasonably well at the box office in Japan and internationally. Not only did it make the studio some cash but it also proved just how strong an interest their remains in the series.

Naturally, with so much in favor of a second series, talk has turned to when it will be released?

Saga Of Tanya The Evil Season 2 (Warning: May Contain Spoilers)

Unless you are happy to believe in rumors, no one is sure when season 2 of Saga Of Tanya The Evil will be released.

In fact, there has not yet been any official information as to whether there will even be a second season at all.

However, it is likely that the studio won’t be able to ignore popular demand and so will cave at some point. Another plus is that with 11 original volumes published of the novel series to date, there is more than enough material to cover a 12 episode second series.

If the series is to continue to remain faithful to the original, we can expect the second series to feature a showdown between Tanya and Mary Sioux.

This will be interesting as Mary lost her family because of Tanya. This will be a great storyline as it will pit good vs. evil, with the ‘hero’ Tanya being representing evil.

A further challenge is expected to come in the form of the pair battling over whether or not there is a god. Mary’s belief in God is in direct conflict with Tanya’s atheism.

Quite how this battle will be fought out and who will be the winner is anyone’s guess.

For all of you waiting for Saga Of Tanya The Evil Season 2, while we cannot give you any solid information right now, watch this space because as soon as we hear anything, we will let you know.