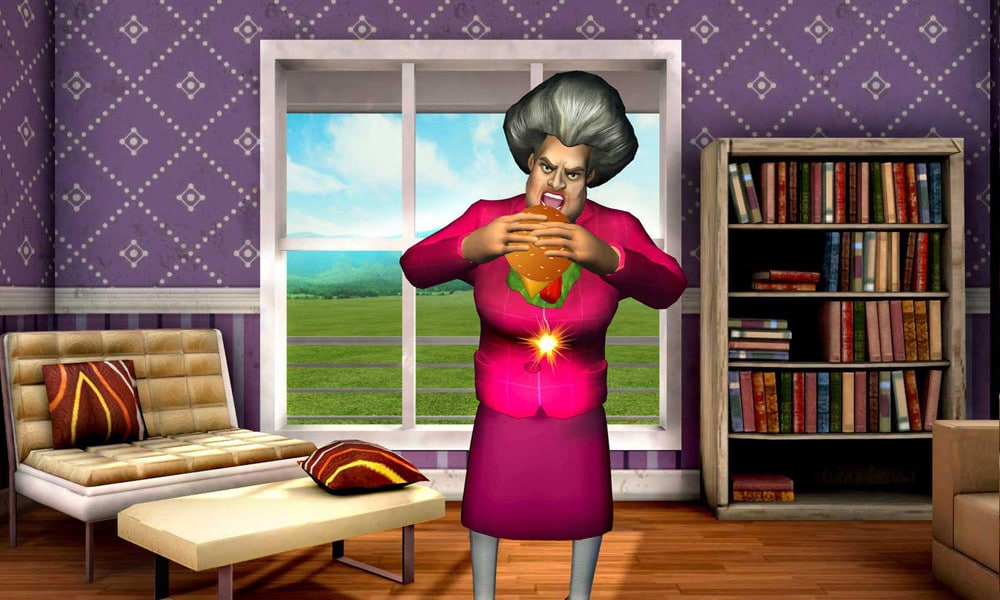 Many gamers have been saying for years that free mobile games rarely, if ever, deliver a good quality product. Mobile games are often seen as the bottom of the barrel by true gamers, but every now and then we get a release that manages to break these typical stereotypes and become a massive hit. Scary Teacher 3D is one such example of a mobile game that totally breaks the mold.

What is Scary Teacher 3D?

Scary Teacher 3D is an adventure game that starts with two main characters, a genius high school student and her nemesis, her super scary high school teacher. The scary teacher has gotten herself quite a reputation as being very threatening and cruel, often handing out inhumane punishments to her students.

The dynamic between the student and the scary teacher changes drastically as the game opens up with the teacher moving houses and becoming your neighbor. The premise of the game is essentially one of revenge – you set out to spook the infamous Scary Teacher in order to teach her a lesson.

The gameplay of Scary Teacher 3D involves performing a series of escalating tasks in which you cause pranks or other forms of misfit on the teacher. All of these missions must be completed during a set time frame and must be done without being spotted by the Scary Teacher herself.

What makes Scary Teacher 3D special compared to other mobile games is more than just its wacky story premise. It actually incorporates gameplay elements not typically found in mobile games.

The majority of the game takes place inside of the house of the scary teacher and features an open-world like environment that leaves players free to explore. Scary Teacher 3D actually gives the player quite a good deal of freedom, which is not normally seen in low budget mobile games.

Scary Teacher 3D also has a wide variety of missions to make it feel more like a complete package and less like other popular mobile games where your only goal is simply to beat your previous high score.

Scary Teacher 3D became a hit precisely because it combined scary horror elements in an all ages friendly fashion. With controls that are very easy to learn combined with an exciting premise, Scary Teacher 3D has been thrilling fans of all ages around the world

How to Install Scary Teacher 3D

Scary Teacher 3D is fortunately completely free, meaning that anyone with a smartphone can already easily access the game. It’s currently available for both iOS and Android devices.

If you have an Android phone then all you need to do is access the Google Play Store. Once you’ve accessed the Play Store, simply type in “scary teacher 3d” into the search bar. The game will pop up as the number 1 result. Tap on the download option and within a few moments Scary Teacher 3D will be installed on your phone and you can get to playing!

If you have an iOS device such as an iPad or an iPhone then the process for installing Scary Teacher 3D is just as easy. All you have to do is go to the Apple Store, type “scary teacher 3d” into the search bar and find the game from the top results. Click on “install” and within moments Scary Teacher 3D will be downloaded onto your Apple device and ready to use.