Decoded: The Secret to Discovering Killer Apps on iOS 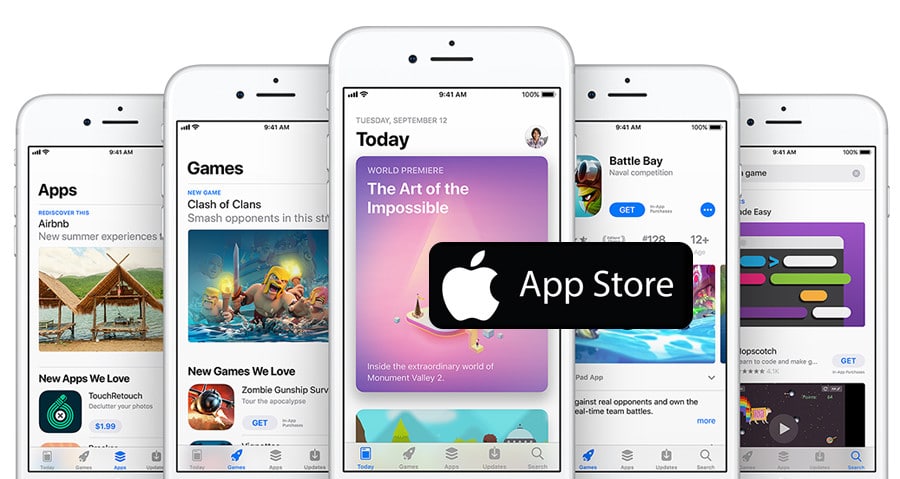 As of Q1 of 2018, iPhone users can choose from over 2 million apps to download from the App Store. Thousands more get launched every day, even as you read this.

But how many of these apps actually see light of day on a user’s phone? Data from AppAnnie shows that the average smartphone user has anywhere between 70 to 105 apps available on their phones, of which they use a measly one third.

These numbers are not surprising in the least. Most phones come preloaded with a ton of bloatware apps that most users never bother to use. Then come the apps that users might download on a whim and then forget about for the next few months.

Just a small handful of apps get used every single day. That number comes to about 10 apps on average, according this report.

The regularly used apps are of two kinds – ones that do a very specific task exceedingly well, say, the iOS Weather app. Or, ones that do a variety of tasks (texting, voice calling, video chats, etc.) passably enough to be used regularly or which are the only place you can meet some of your contacts, like WhatsApp.

So if only about 10 apps a day and 30 apps a month give you real value, how do you pick the next big winner that will help you get through the week?

iOS 11 launched in the summer of 2017 and brought with it a lot of mixed feelings among users. The one update however that was universally loved was the new and improved App Store. This was the first major overhaul of the App Store’s design and UX in close to a decade. And boy, did the users lap it up!

The new and improved App Store is clean, colorful and most importantly engaging. It’s not just limited to lists of apps and a search tab, but now has a bunch of features that didn’t exist before. There’s a “Today” tab that features content from Apple’s editorial team about cool hacks and unique new apps. These sections are followed by the App of the Day and the Game of the Day – the two big game changers that are pushing app downloads. Another significant change is an all-new “Games” tab that caters to the growing demand for games among iOS users.

According to data from Sensor Tower, app downloads have gone up by close to 800% since September 2017. Another study shows that being featured on the Today tab boosts an app’s downloads by 1747% on average. For games, the boost was approximately 792%.

In other words, Apple’s doing you a favor with its smashing new App Store, making it a joy to discover and play around with more new apps than ever before.

Make the Most of the App Store Redesign

Clearly, iPhone users around the world have been enjoying the new App Store and its offerings. Time you did the same. Personally, I feel the most inspired part of the new App Store is the “Today” tab. Some of my favorite apps in recent times have been happy surprises thrown up by Apple’s editors in this curated section.

With its suggestions for App of the Day, Game of the Day and the Daily List, you are given a plethora of new apps to pick from after they’ve been vetted by the experts at Apple. Taking a chance on these apps is a good way to discover reliable new apps that you might never have heard about otherwise.

Divide and conquer is not just sound military strategy. Embrace the philosophy in your quest for the best apps in town and the App Store will reward you in good measure. Besides the delicious “Today” tab, there are the “Games” and “Apps” tabs with even more goodies for the picking. The clear sections inside each of these tabs, make finding a specific app you want or stumbling upon an unexpected new gem, both equally easy.

Up and coming new apps find pride of place in these tabs along with Editor’s Picks and apps or games with limited time offers. If none of that interests you, you can even pick from a list of purpose-driven categories like productivity, social networking, shopping etc. to find the perfect app for your needs.

When in Doubt, Trust the Experts

The web is dotted with blogs and technology sites dedicated to answering nearly every technology related question you might ever have. These include

Head to the top technology websites and blogs to discover apps that make the cut for the experts on their panels. Most tech sites will have a separate section dedicated to reviews, including app reviews.

Trust the insights of seasoned journalists who’ve spent years analyzing technology and comparing new launches with the golden oldies before you wade through the morass of useless apps to spot the one that you’ll get hours of use from in the months to come.

The upside to picking from curated lists is that the basic homework of whether an app works well or not, how stable it is and so on, is already done for you. But that doesn’t mean that you do nothing at all.

When browsing through the App Store’s suggested apps, don’t forget to check the reviews and ratings for apps before you decide to download them. No matter how thorough someone else may have been when reviewing an app, there may be things about the app that are mentioned in featured user reviews that make even the most awesome app a deal breaker in your case. Watch out for red flags like too few user reviews or requesting for too many permissions (a potential security risk).

Lastly, leave the final aye or nay on picking the right apps to your gut. After all, too much analysis is a surefire recipe for decision paralysis! Happy discovery!

Author
Jignesh Padhiyar is the Co-Founder and Chief Editor of iGeeksBlog, the techiest resource on the web for Apple devices. Hugely impressed by the iPod, Jignesh turned into an Apple fanboy a decade and a half ago, and remains a die-hard fan even today.

Other than digging into the dark corners of the internet for the latest on iPhones and Macs and keeping the rumor mills spinning, he loves to shake a leg at late night parties. Hit him up on Facebook at https://www.facebook.com/jpadhiyar