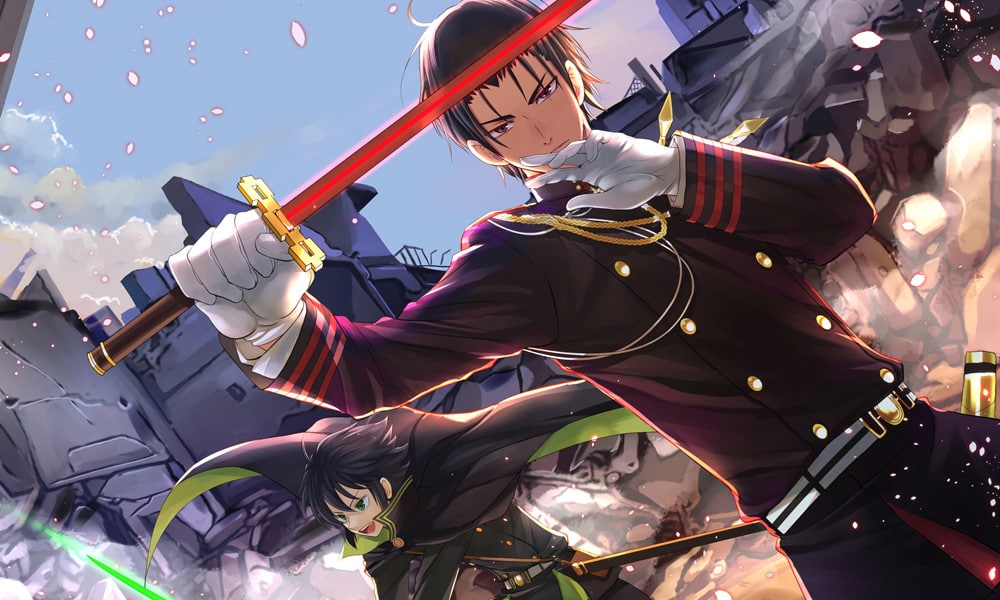 Seraph of the End is also known as Owari no Serafu.

No matter what you call this popular anime series, the question on your lips is the same – will we ever see a third series?

It is not the first time that a Japanese anime studio has left its fans waiting for years for a new series of their favorite show.

So, while the wait is painful, fans of Seraph of the End, remember that you are not alone.

Before we get onto whether or not there will be a third series of Seraph of the End, let’s start by looking at the story so far.

Seraph of the End

Seraph of the End Is a popular Japanese manga series that was written by Takaya Kagami and Daisuke Furuya. The manga series was illustrated by Yamato Yamamoto.

The series first appeared back in 2012, becoming an overnight sensation. It was both a critical and commercial success, gaining a reputation for originality.

Naturally, it was not long until the series was picked up by an anime studio to be made into a television series.

Season one of Seraph of the End was first aired on 4th of April, 2015.

Just like the manga series, the anime quickly amassed a legion of fans who hung on every episode. As was their custom in the good old days, the anime studio behind the hit series released a second season very soon after the first.

In fact, season 2 of Seraph of the End was released later in 2015, thanks to it beingpart of an original 24 episode series that covered all the stories from the original manga.

Unfortunately for fans, however, there was no such luck for season 3.

The plot of Seraph of the End follows a young boy called Yuuichiro Amane who is trying to come to terms with the loss of his parents.

Set in a fictional universe, Amane is growing up in a Hyakuyu Orphanage.

Amane and the rest of humanity is suddenly faced with the outbreak of a global epidemic which is killing all humans over the age of 13.

Suddenly, Amane finds himself surrounded by children who are struck by a similar grief to his own. As if this was not enough, a horde of vampires suddenly emerges from their underground resting places and decides to take over the world by enslaving people and becoming their rulers.

With such odds stacked against them, humans lose the battle with the vampires.

Four years later, Yuuichirou and the rest of humanity and now living as slaves to the vampires.

Yuuichirou dreams of one day launching a rebellion against the vampires to reclaim the earth for humans. Yuuichiro’s fellow orphan, a boy called Mikaela Hyakuya, is also plotting to escape the vampires by trying to get to the surface.

After a failed escape attempt, the vampires massacre the orphans, only Yuuichirou escapes.

He reaches the surface where he is found by the Imperial Demon Army, a human resistance organization that is sworn to deliver humanity from its enslavement by the vampires.

After a few years, Yuuichirou discovers that Mikaela is still alive and was not killed by the vampires during the massacre. However, Mikaela is now a vampire which enrages Yuuichirou even further.

He decides to join the army to battle against the vampires in order to free humanity.

Seraph of the End Season 3

The most likely reason that we have not yet seen season 3 of Seraph of the End is that there was no untouched material left from the manga.

Unlike many other anime series, which are based upon manga series’ that have a wealth of resource material, Seraph of the End is based upon a manga series that was covered by the first two series’ of the anime.

The first two seasons covered all 41 chapters of the manga. As a result, there was no new material for the anime studio to make into season 3.

Consequently, the studio has had to wait for writer Takaya Kagami to come up with new stories for it to cover.

However, the wait is over.

Kagami has now written 80 chapters of the manga series, meaning that there is more than enough material for Seraph of the End season 3.

So what are we waiting for?

In late 2016, Takaya Kagami revealed to the magazine Shonen Weekly Jump that he plans even more scary and menacing vampires to enter the series soon. He stated his desire to expand the “scope of the story” by bringing lots more powerful vampires to battle the heroes.

With more than 10,000,000 copies of Seraph of the End manga now having been sold, and with a clear desire from the anime fans for a third series, it seems unfathomable that the studio will ignore popular demand.

As to when season 3 of Seraph of the End will be released, we can only speculate at this point.

Japanese anime studios are notoriously tight-lipped and fans are often left in the dark until the very last minute.

If the studio was to begin production now, then the best we could hope for is a late 2020 date for the release of season 3.

As soon as we know more we will let you know.