Sony A9G OLED Vs LG B9 OLED – Which 4K TV Looks and Works the Best? 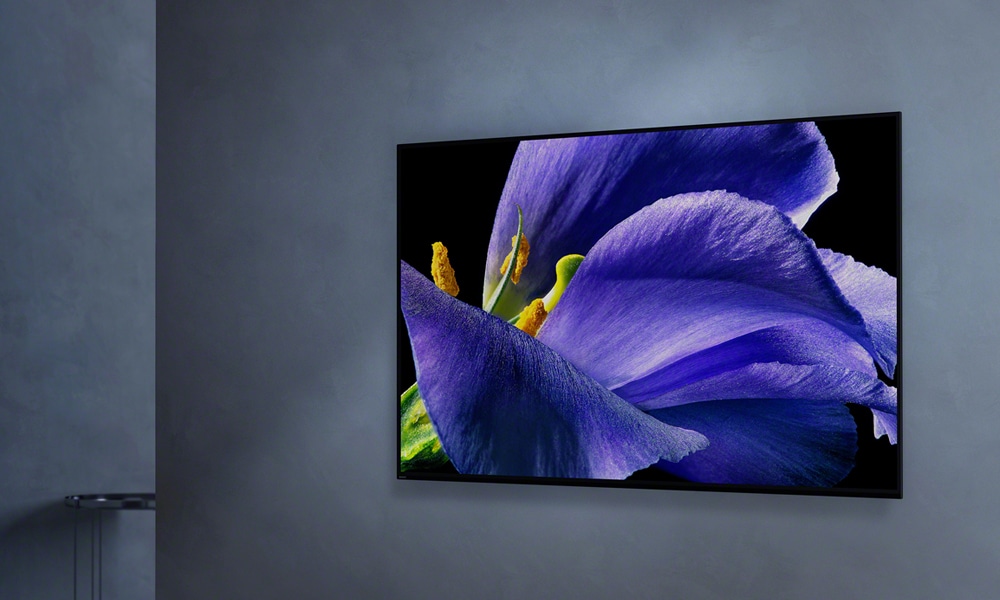 OLED TVs are becoming more popular these days due to having extra bright screens that produce more vibrant colors. Color accuracy is one of the most important aspects of a TV for many people, and that’s why today I’m going to be squaring off two great OLED TVs from two goliaths: the Sony A9G and the LG B9. Both are not only capable of 4K, HDR but have Smart TV functions as well. But, which one is really the superior choice? It’s time to find out.

For the record, both of these TVs impressed me with their build quality and overall physical design. They both have nice yet thin borders that are very hard to notice. They both have a center stand that holds the screen up well, and both are pretty easy to wall mount.

However, I have to say that the Sony A9G was the winner here. For one thing, the frame is made not only out of plastic but metal as well. It not only looks nicer but feels more robust. Its stand does a slightly better job of preventing any wobbling. The overall build quality just feels a bit more premium.

I will say that the LG B9 is thinner. In fact, it is so thin that it may even be too thin, which may be why I felt it couldn’t beat out the A9G.

Here is where things get a little interesting. The Sony A9G uses Android TV version 8.0 for its Smart OS. The LG B9 uses WebOS version 4.6.

When it comes to the user interface, the Android TV of the Sony model is faster and smoother. However, the WebOS of the LG model is nicer looking and feels a little easier to navigate, despite taking a couple of extra seconds to change pages or activate apps.

Speaking of apps, the Sony A9G is the better choice when it comes to app functionality and compatibility. More apps were pre-installed, and it has a larger library of compatible apps that can be installed. I also personally preferred the remote control of the Sony A9G because it has better color coding on its buttons for activating certain programs.

This was a very close one but I think the Sony A9G is the slightly better TV when it comes to Smart TV functions. Keep in mind that if you believe you would prefer WebOS over Android TV for whatever reason, such as being more familiar with it, that would probably have a big influence on your own decision.

Once again, I found myself having a hard time determining which TV was the better option in this category. Both the A9G and the B9 look stunning, and they both have few flaws. Both TVs were simply superb when it came to contrast, the OLED back lighting feature, viewing angles and handling reflections from the environment. I really couldn’t tell you which TV I prefer when it comes to these features.

However, I eventually started noticing some subtle differences between the Sony A9G and the LG B9. The Sony A9G seems to be ever so slightly better at handling HDR. Both handle dark scenery pretty decently, but the B9 falls behind just a bit when it comes to handling brighter images like sunlight.

However, on the other hand the B9 was noticeably better when it came to input lag, making it easily the better choice for gaming as far as I’m concerned. The B9 also had a slightly better color gamut, both in terms of its clarity and its range.

While both of these television sets really do look marvelous, I think the LG B9 OLED is just a hair better thanks to its better color accuracy, which after all is one of the most important things about OLED screens in general.

There is no denying that both the Sony A9G and the LG B9 are great TVs. They both handle 4K content very well and will look spectacular regardless of which one you choose. It was really hard to make this decision but I personally think the Sony wins this one by a hair.

Don’t get me wrong, I wholeheartedly recommend both TVs. But the Sony’s better build quality and Smart TV features put it out ahead for me. Nevertheless, they are both high quality 4K HDR Smart TVs, and either one of them would be a fantastic way to upgrade your home theater.