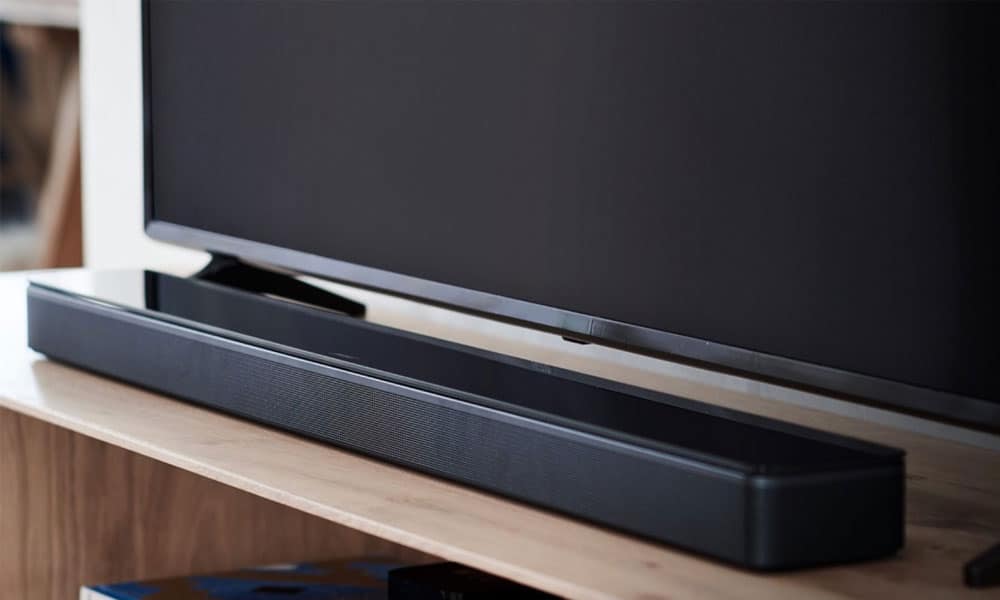 Soundbars are a fantastic way to upgrade the quality of your audio for your home entertainment system. They are very easy to set up and even offer you possibilities for further customization of your audio’s settings. That’s why more and more people are considering using their soundbar primarily as a center channel speaker.

It may seem like an obvious and intuitive idea, but as a matter fact it would cause many problems to your sound system. Using your soundbar as a central channel could actually cause major damage to your equipment itself.

If you’re still not convinced about the disadvantages and even the dangers associated with turning your soundbar into your main central channel, then read on. There are many specific reasons why this could be detrimental to your audio system.

Soundbars are almost always placed in front of your television set or mounted on the wall just a few inches above it. In other words, your soundbar is literally in the center of your entertainment system. If you have two speakers on the left and right hand sides of your TV then it would seem to make even more sense to customize your soundbar to exclusively act as a central channel. This should, in theory, make perfect sense and only serve to augment your audio quality, right?

Unfortunately, this is wrong.

The fact of the matter is that the very physical design of soundbars does not allow them to be effectively used as a central channel, and changing their settings to make them work this way will not only work against the device’s nature itself but can also interfere with the way the soundbar’s audio works with other speakers in your room. As a result, this leads to a sort of diluted final process when it reaches your ears.

Allow me to explain – soundbars are fundamentally different from how normal speakers work. For one thing, just about all soundbars already have an embedded left channel speaker, a right channel speaker and a central channel speaker as well. The way these three channels of the soundbar work together is designed to simulate a sort of surround sound experience for indoor environments such as living rooms or bedrooms.

Soundbars accomplish this surround sound-like effect by the way that both the left and right channel speakers are oriented. The left channel is actually slightly oriented or tilted to the left of the room, just as the right channel speaker is slightly tilted to the right. This design allows the sounds coming from both of these channels to bounce off the walls of your room in a way that makes it sound like the audio is actually coming from your left and right sides respectively, rather than from directly in front of you in the center of your room. This is precisely how soundbars accomplish a surround sound-like effect.

First of all, it is important to note the ways how a soundbar can be turned into an exclusive central channel device, usually after being integrated into an external surround sound set up. The soundbar must have all three of its speakers connected into the center channel of your receiver. With this method your soundbar would then act as a so-called true center or single center approach.

The problems with this method are that now your left and right speakers will actually be over-amplifying the center channel sounds of your overall system, which will ruin the balance of your audio system. Center channel speakers often produce sounds related to voices and dialogue, which allows them to be relegated to a dedicated speaker or position. This single center channel approach will alter and make human voices appear muddied and indistinct, being drowned out by sound effects, music and the like.

Another way to make your soundbar into a dedicated center channel is the so-called three channel approach. This involves connecting external left, right and center channel signals into your soundbar. This will also cause an imbalance of audio like the previous method but in a different way. Instead you will experience odd little patches of subdued or quieted sounds. This method will cause waves of sound to interfere with each other resulting in a cancellation of various effects and audio. You may also experience instances where sounds are amplified noticeably when in fact they shouldn’t be, based on the nature of your room and your system’s set up.

The bottom-line is that soundbars are specifically designed to work as three channel devices. While it is not impossible to turn them into dedicated center channel speakers, that does not necessarily mean that you should.

Why Using Your Soundbar as a Center Channel Can Be Dangerous

Now that we’ve covered why using a soundbar as a dedicated center channel can be bad for audio quality, it’s time to discuss why this method can be bad for the soundbar itself. If the previous section somehow didn’t manage to convince you why this is a bad idea, then this section surely will.

Plugging in your soundbar into your TV is perfectly fine because televisions do not produce enough power or amplification on their own. It’s a known fact that TV speakers are fairly weak, in terms of both quality amplification and power volume. That’s the main reason why people get soundbars in the first place.

But we end up telling a totally different story if we’re talking about connecting a soundbar into a high quality speaker, meant for surround sound or otherwise. In this case, you would be connecting one amplified device into another already amplified device. This can cause major issues.

Soundbars are designed to work with a set amount of amplification and wattage. Going over this limit can damage your device permanently by adding in extra wattage from a second source of amplification. This extra energy can end up producing too much volume for the soundbars’ speakers to handle, which can cause them to break from being overloaded. Not only are you guaranteed to mess up the ecosystem of your audio, but you could end up destroying some of your own equipment!

Alternatives to Using a Soundbar as a Center Channel

Now that we’ve settled once and for all why using soundbars as a center channel is always a bad idea, you are probably wondering what the alternative solution to this situation is. At the end of the day, there is really only one answer that suffices: get yourself a real center channel speaker.

The cons of course are that dedicated center channel speakers cost more than soundbars, but they really are the only true way to have an authentic center channel experience in your home entertainment’s sound system, especially if you are going for 5.1 or 7.1 surround sound.

The pros are that center channels actually do have some things in common with soundbars. They are placed in the center of your speaker set up and they usually are shaped in a thin and rectangular fashion. They tend to have more than three speakers or drivers, however, and this will give your center channel the boost that a soundbar probably can’t provide.