Touch VPN Review: Is This Freeware Actually Private and Secure? 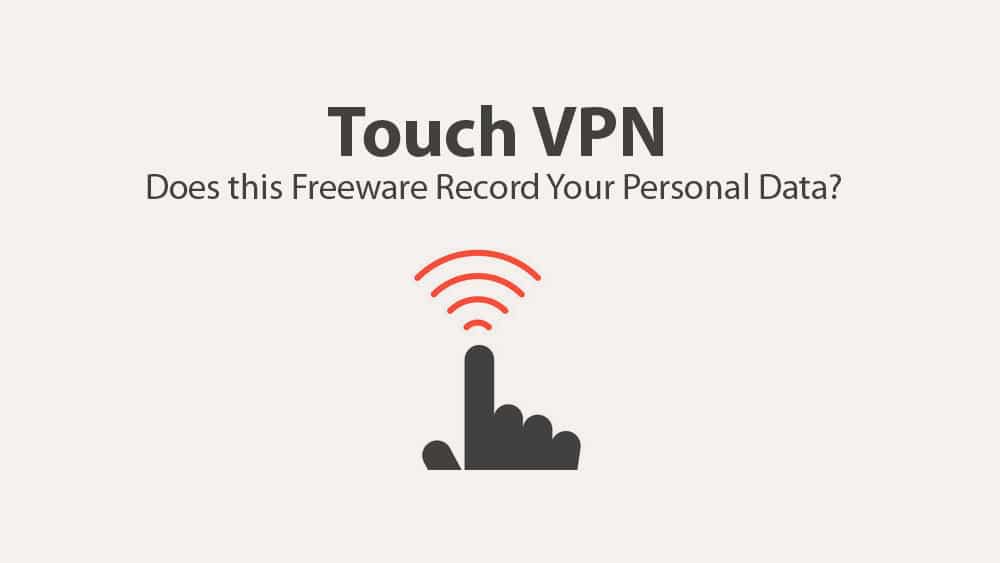 With a 4.5-star average rating and over 2 million users on the Chrome store alone, Touch VPN is one of the most popular Virtual Private Network apps on the market today. It’s simple to install, easy to use, fast, fairly reliable, and—perhaps best of all—it’s totally free. Although these factors might make it appealing to the typical internet user looking to bypass some firewalls, this app also raises a number of red flags when it comes to providing anonymity and privacy wherever you go. Many people are skeptical as to whether or not a completely free VPN service can offer the security and protection that a paid service has. But if total security is what you’re looking for, this is definitely not the best option.

Let’s take a look at the specs, pros and cons of Touch VPN.

Touch VPN is available on just about everything—Android, iOS, the Windows Store, Mac OS, and Chrome. Once you get it downloaded (it’s not exactly a massive app, so this is pretty quick and easy), the interface is surprisingly user-friendly.

Don’t know what you’re doing with Virtual Private Networks? No problem—you’re right in this app’s target demographic. You don’t need to be any kind of tech genius to operate this app. Touch VPN’s primary demographic is people with little to no experience with using VPNs. To connect on a smartphone, for instance, all you have to do is tap the giant circle that says “Connect.” Want to switch your location? That’s there on the opening screen too.

Now, don’t expect any bells and whistles in these settings. You can read through and understand all of them in 30 seconds, which you might see as good or bad, depending on what kind of a user you are. Again, they’re trying to keep things simple. The name “Touch VPN” itself could be half this app’s instruction manual.

A word of advice on the interface, though. It’s free, so there are a lot of ads on the smartphone versions. You can get rid of these on iOS if you feel like spending $29.99 per year—though if you’re willing to spend that much for a VPN, there are far better options out there than this. Android doesn’t even give you this option, and it will also pester you a bit until you give the app a review.

The connection for this app is, for the most part, surprisingly good. There are a couple hiccups every now and then, but you can account for these by just restarting the app. Streaming works great too, despite our initial expectations. Obviously you’re not always going to get the highest-quality video, but no matter how bad the resolution gets you’re still probably not going to experience any interruptions.

Part of this might be due to their slightly outdated PPTP encryption protocol, which isn’t quite as intense as higher-security encryption processes like OpenVPN. Still, PPTP is fairly standard, and a ton of phones, tablets, routers, desktop computers, and game consoles support it.

You can take major advantage of this versatility, too. Touch VPN doesn’t have any bandwidth or data transfer limits, so you can register as many devices as you want. Considering that many VPNs require you to upgrade to a premium version to receive this function, that’s a pretty major plus in our book.

There is one serious drawback to their connection, though. It’s that, despite the cover picture on the Chrome store profile, Netflix won’t actually let you stream while using Touch VPN. You also can’t torrent properly. This might be a bit of a problem if you were planning on binge watching series on Netflix.

When people download a Virtual Private Network, they’re often doing it because they want to protect their online privacy. Although total anonymity isn’t something that’s protected by law—a court subpoena can order a VPN to hand over all the information they have—many get around this by simply not recording any personal information. A lot of people turn to VPNs to make themselves effectively untraceable, but that isn’t always going to be the case.

But Touch VPN actually logs quite a bit of information about you, although they claim they won’t give this to third parties without your consent (that is, they won’t sell companies your personal information), and they won’t hand any data to the government unless required to by law. They log your URL requests and their time stamps; your registry entries; your location; your hardware specifications; your browser type and version; the date you installed this software; the date you last used its services; and your operating system type, version, and language.

Touch VPN logs a hefty chunk of the same information a typical server might log. The only difference is that it does this while claiming to protect your privacy.

In addition to this, when you’re setting up this app, you’re given the option to set up your account with a bunch of third-party accounts, like Facebook. They don’t say so when you do this, but by signing into a third-party account, you give Touch VPN access to your “user name, email address, profile picture, birthday, gender and preferences.”

To be fair, there isn’t any direct evidence that Touch VPN is doing anything with all this information other than logging it. But it’s a serious red flag if you care enough about privacy to go through the trouble of downloading and installing a VPN in the first place. And if you’re looking for some kind of an explanation for all of this, well, good luck finding it…

For a company whose sole purpose is bringing people internet access, Touch VPN has a truly abysmal online presence. There’s not so much as an FAQ on their website, and everything they tell you is common knowledge to anyone who’s at all familiar to VPNs. They don’t even include their own email, though if you can manage to find that on the app, this is the one way to actually get in touch with them.

Editor's Rating
7.8 Overall
0 Users (0 votes)
Interface9
Privacy4
Speed8
Price10
Summary
Touch VPN is clean, fast, and user-friendly. It’s also free and offers unlimited bandwidth, which will definitely appeal to many people. However, it falls short when it comes to offering what many VPN users value most: privacy. Although the software claims to do nothing with your personal data, the red flags are undeniable. This may be a decent app for a very specific kind of user, but if privacy is a serious concern for you, it’s probably best to steer clear.
What people say... Leave your rating
Sort by: