Vizio vs Sony – Which Brand of 4K TVs is Worth Your Attention? 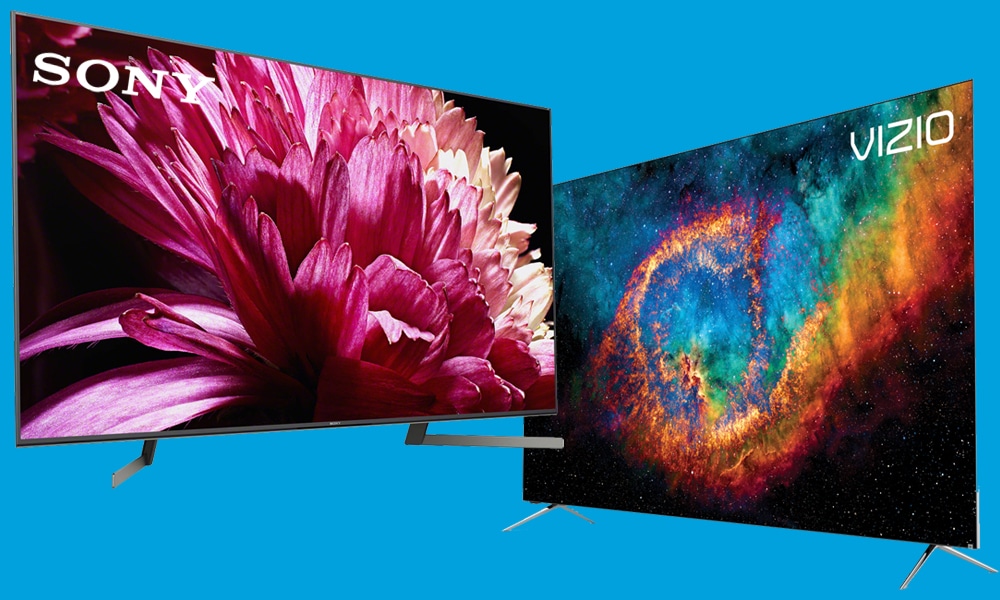 Today we’re going to be looking at two high quality 4K TVs from two of the best brands in the business: the Vizio P Series Quantum X and the Sony X950G. Both are great choices not only for someone looking for their first 4K TV, but they could just as easily serve as an upgrade to a previous one as well. We’ll be taking an in-depth look at which one is better when it comes to build quality, Smart TV functionality and most important of all, picture quality.

Both television sets are actually extremely similar when it comes to their sturdiness and durability. Despite the fact that the frames of both the Quantum X and X950G are both plastic, they are textured enough to feel much less flat or flimsy than budget TVs with a plastic back. I did notice that the Sony did have ever so slightly thinner borders, but the borders on the Vizio are also pretty small.

The Vizio has nicer looking stands, but the stands on the Sony are a bit more stable. Plus, the legs are adjustable, which really comes in handy for more awkward placements. The Vizio on the other hand is a little slimmer despite being a 65 inch TV.

At the end of the day, I’m going to give this one to Sony, although both TVs have impressive build quality for their prices.

One of the biggest differences between the Quantum X and the X950G is their Smart OS. The Vizio uses SmartCast and the Sony uses Android TV.

Without a doubt the Sony X950G is the winner here. With the Vizio, SmartCast runs into a few issues on a frequent basis. Loading is a little slow and choppy, even with apps. It also has this annoying function where you cannot install new apps; they can only be cast to the TV screen with an external mobile device such as a smartphone. Some apps are pre-installed like Netflix, HBO Now, Youtube and Spotify, but it still feels like a limited selection nonetheless.

With the X950G on the other hand, it doesn’t have the fastest UI but it is less choppy and better organized. Plus, it has a much better selection of compatible apps and of course you can download and install new apps very easily without having to bother with external casting.

Long story short, if good Smart TV functions is a necessary thing to you, the Sony X950G is the TV you’ll want to get.

With the Vizio screen compared side by side to the Sony, I was able to see easily that it was better when it came to contrast and handling lighting reflections in a room. The Vizio also has more accurate color representation in general, and the HDR looks just a tad nicer as well, especially for the brightest of scenery.

The Sony X950G was better when it came to handling lower resolutions like 720p or 1080p, although both TVs do look great in 4K with HDR. The Sony TV also handles flickering and fast motion a lot better than the Vizio, which would make it the better option for people who are really into gaming—though both screens have little input lag in general.

This was a hard one to call as the pros and cons seem equal in number, but I think the Sony X950G is once again the winner here, despite the fact that it is a 55 inch screen and the Vizio is 65 inches.

At the end of the day, I was impressed with both TVs although admittedly they each have a small handful of issues. The biggest con by far however was the Vizio’s lackluster Smart TV performance, which really made this final decision much easier to make. The Sony X950G will not only be the much better choice for app lovers or gamers, but it has more versatility thanks to looking solid in multiple resolutions, not just 4K.