What to Expect from the Auto Industry in 2018

The Mother of Techno Bikes from Canyon and Kraftwerk 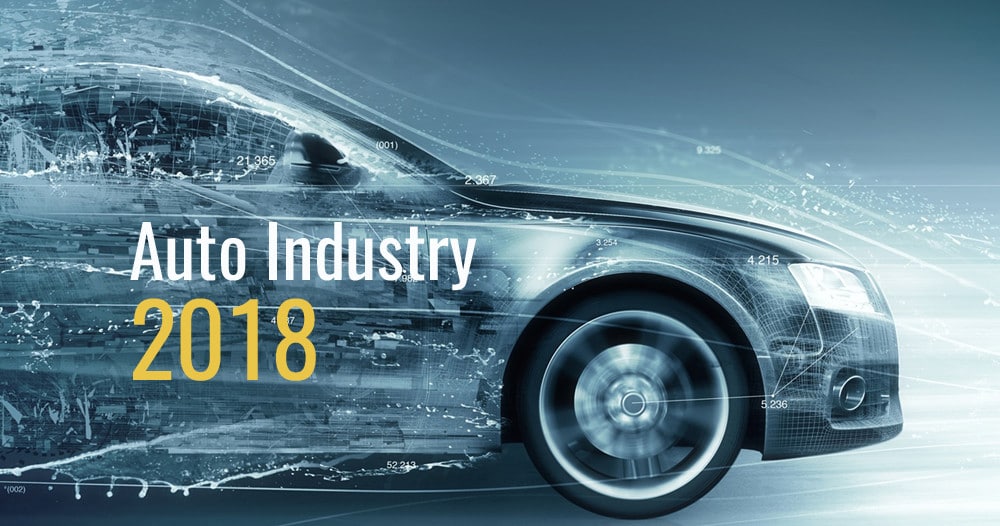 For the first time since the recession years, the auto industry saw a decline in new car sales in 2017. Overall, sales were down 1.8% compared to 2016, a first year of decline since the end of the financial crisis in 2010. Many experts expect this trend to continue through to 2018. Despite this period of decline in sales, there are still many exciting prospects on the horizon which will no doubt inject life into the industry for years to come.

In this article we’ll examine some of the trends and innovations that we expect to see throughout the remainder of 2018. Technology will likely be a driving force behind these emerging trends, as car manufacturers are trying to catch up for lost time on that front. There’s a lot to be excited about, from greater integration to more eco-friendly vehicles on the road.

It’s amazing to think how fast smartphones have developed over the last decade. They’re now so ingrained in our daily lives, and their reach is expanding into the home. Cars have generally lagged behind in adopting these technologies, but 2018 should see a wider offering of systems such as Apple’s CarPlay and Android’s Auto. Both Lexus and Honda announced new models that feature CarPlay, and with this wider adoption we will see a growing number of car-specific apps and features.

Both Apple and Android’s systems offer voice control, integration with the car’s controls, and the familiar user interface you see on your smartphone. As our expectations surrounding connectivity and a seamless technological experience grow, it’s good to see the auto industry finally getting up to speed.

Voice control has certainly come a long way, and at this point, you can do just about any phone command but simply speaking. These software systems can even make purchases for you while you’re on the road. Forgot to order a spare part for your kid’s bicycle? No problem. Want to order another shipment of your favorite wine? It can be done totally hands-free. Expect to see this technology become more prevalent in 2018 and beyond.

Above we mentioned the increase of apps and familiar operating systems into our vehicles. However, the technological revolution doesn’t stop there. With the growing concept of the internet of things, cars are just the latest in a series of devices that are becoming fully integrated with our online lives. As connected cars become more common, we’ll see vehicles that are constantly using data streams to stay up-to-date and in good working order.

2018 will see a lot more connectivity with cars, and more announcements of technologies that make the most out of an ever more internet-based society. The possibilities are manifold, and it will be exciting to see how companies intend on capitalizing on the advancements we’ve seen in recent years. Cars that can monitor themselves, booking in services on worn parts automatically, and providing valuable data that will improve the driving experience for everyone, could be a real possibility.

2017 was a hugely exciting year for the electric vehicle market. Many new vehicles finally made it to the road, and just as many were announced. There can be no denying that the future of transportation lies with electric cars, as battery ranges increase and production costs come down. Some of the major players in 2017 were Tesla, Chevy, and BMW, with big announcements coming from Nissan, Audi, and Jaguar. There are some highly anticipated vehicles coming to the roads in 2018, and there will no doubt be many more announcements that will delight customers.

Despite the negative trend of auto industry sales, EV sales saw a steep rise in 2017, showing just how commercially viable the technology has become. As more countries commit to cutting carbon emissions, car manufactures are scrambling to deliver an eco-friendly fleet. Environment-conscious consumers will be happy to see that the range of cars on offer is increasing by the year, across a variety of price ranges.

We’re still not at the stage where driverless vehicles, or fully-automated ones, are a real prospect. There is still a lot that needs to be improved with the technology, but there will likely be many improvements over the course of the year. Although fully driverless cars are still a future prospect, there are certainly technologies that reduce driver input that exist today. 2018 should see a wider adoption of such technologies. You may already be familiar with systems such as lane assist, parking assist, automated lights, and automated braking, but there’s more to come.

Cars such as the new Nissan Leaf will feature a ProPilot system. This assisted driving system will take control of the steering, braking and stopping of the vehicle according to surrounding traffic. It can also parallel park itself, and drivers can drive it using just one pedal.

It’s unfair to claim that taxis are dead, but apps and services such as Lyft and Uber have certainly dominated the market space in recent years. It seems that millennials in particular love the ride sharing services, and the trend will continue into the rest of 2018. We’ll likely see a further decrease in the number of traditional taxis on the road, and firms will move to develop their own apps to stay in the game.

The next step will be an increase in the number of carpooling services, as commuters in inner-cities seek cheaper and more convenient ways than a car to navigate the busy cities.

Automakers are now getting involved, with Volvo, Audi, Toyota, and others looking for a piece of the pie. These companies have seen the writing on the wall—a decline in car sales, an increase in rideshare customers—and they’re preparing to capitalize on their brand loyalty and seize the advantage that brand recognition may offer in the competition among newcomers for rideshare users.

There’s still a long way to go in 2018, and we fully expect to see some surprises along the way. It would be great to see technologies like augmented reality gaining momentum in the auto industry, as well as some more high-performance electric cars. We expect to see these both very soon, but the groundwork is up the car market. It’s clear that technology will continue to drive the market forward, and it seems that cars will become yet another fully-integrated part of our lives in the very near future.