Is A Yuri On Ice Season 2 Release Date Going To Happen? 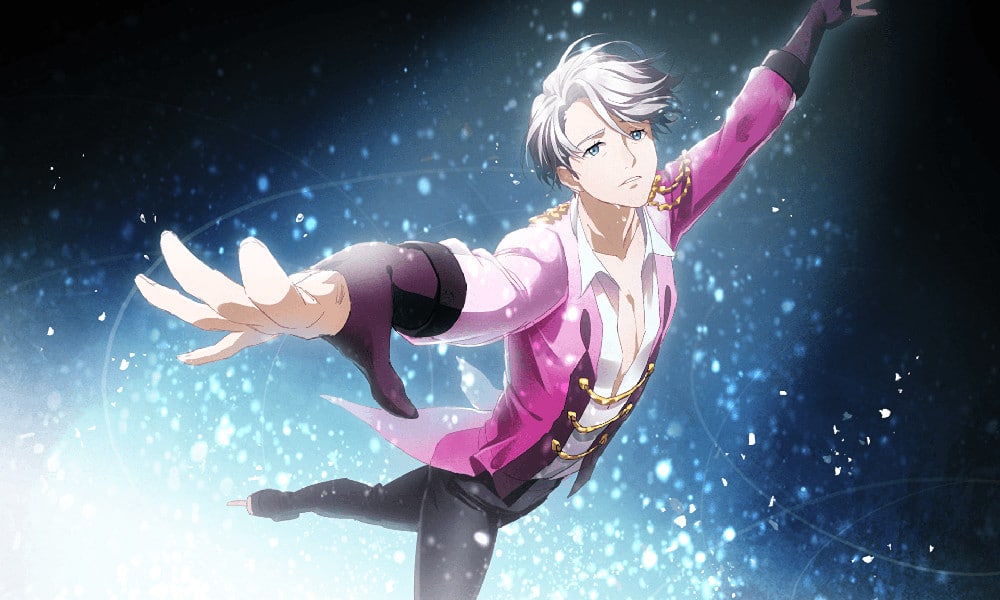 All of us fans of the popular anime series Yuri On Ice have been beating our war drums trying to get the studio that made it to hear us.

What do we want?

We have all been waiting three years now since the first season of Yuri On Ice concluded back in 2016.

For those of you who doubt that anime studios ever listen to us, the studio released a special bonus episode in 2017 after fans went wild after the first series ended.

Last year, thanks to the level of interest in the series, the studio went one step better and announced a movie version was to be released in 2019. The news was massive and gave fans heart that they were being listened to!

But what about season 2 of Yuri On Ice? Surely, with so much support, the studio can’t leave us hanging on much longer, could it?

Yuri On Ice: The Story So Far

The story revolves around a Japanese figure skater called Yuri. After a series of events cause Yuri to lose his self-confidence and his faith in his skating abilities, he accepts help from a Russian ice skating legend by the name of Victor Nikiforov.

However, Victor is already helping one of Yuri’s main rivals, a talented Russian skater who is also called Yuri. The first series follows how the relationship between these two competitors evolves under Victor’s wing.

The anime was one of the first-ever to explore a same-sex relationship, something which helped it to draw a lot of international attention.

The two Yuri’s end up competing against each other in the Figure Staking Grand Prix. The question is, how will their on-ice rivalry affect their relationship?

Season one comprised of a total of 12 episodes. It was written by Mitsurō Kubo and directed by Sayo Yamamoto. MAPAA was the studio behind its release.

MAPAA was so overwhelmed by the popularity of the first series that they shocked all of us by releasing a special bonus episode on May 26th, 2017.

Yuri on Ice: Yuri Plisetsky GPF in Barcelona EX – Welcome to The Madness was not only a welcome surprise, but it also featured awesome ice skating routines as well as some great cinematography.

Unfortunately for us fans, rather than suppressing our lust for more, it only made it worse.

Yuri on Ice: The Movie

The internet went wild over the announcement that there would be a Yuri on Ice movie released sometime in 2019.

Unfortunately, it was not very long that excitement turned to dismay. The studio announced that the movie version had been ‘delayed’. While it already had got fan’s hearts pumping by releasing an official trailer, we soon found that it was unable to meet the end of 2019 deadline.

While there has been no official or unofficial announcement from MAPAA, it seems almost certain that the movie will be released sometime in 2020.

But What About Season 2?

So any fan of the series that still imagines that we could see a second series in 2020 is optimistic, to say the least.

MAPAA is now following the classic anime formula. Namely, get all your most popular anime TV shows, then turn them into movies.

Why? Well, not only is a movie-length version much cheaper to make than a full series, on account of the total running time difference, but also, movies make more money. That’s it, plain and simple.

The most logical chain of events from now on depends on how well the movie performs, both in Japanese movie theatres and, most importantly, in worldwide DVD sales.

We don’t need to explain what will happen should the movie not perform well. But if it does do well, then you might see the following.

The studio will likely bury its head in the sand for at least a few years. They will likely keep their eye on the amount of interest still buzzing around the internet.

Eventually, they might consider either making a follow-up movie or a new series.

Since the safest bet is to make a movie, we could see Yuri on Ice: The Movie 2. However, given that anime fans love full seasons most of all, the studio might bow to the pressure and finally give us season 2 of Yuri on Ice.

Despite keen-eyed fans spotting a teaser clip for Yuri On Ice season 2 on the Blu-ray release of season 1, the studio has kept its mouth closed about any second series.

What is likely to happen in season two also depends on what the movie covers. Several recent anime movies simply started up where the previous series had left off.

This will obviously eat into the material that would have been used in a new series. So the more material that is covered in the movie, the less remains for a follow-up series.

So while we can’t wait until the movie version is released, we hope that it will not use up too much material that we don’t see a second series.

Watch this space for more information. When we hear anything, so will you.